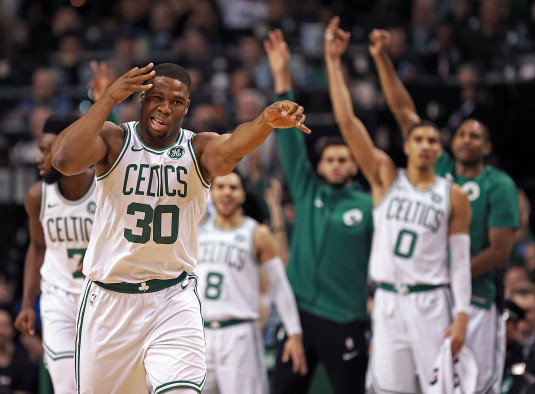 The door may have just opened for a Tacko Fall signing as the Celtics now have the roster spot. Yabu seemed like a really nice guy, but a lot of people are really nice people. Doesn't mean they deserve an NBA roster spot. Was pretty surprised when the Celtics picked up Yabusele's option last year making his salary this year guaranteed.

The team reached ridiculously drafting yabu at #16 in 2016. Some of the players passed on included Pascal Siakam, Caris LeVert, Malcolm Brogdon and Dejounte Murray. By the fall of 2017, they were already offering around the NBA for 2nd round picks. They found no takers. So why guarantee another year on his contract a year later? The only way the Celtics would have been able to trade Yabu at this point would have been to attach a draft pick with him (Or possibly a large amount of cash).

The timing of this waiving makes it sound like a roster addition will come sooner rather than later (otherwise they would have held onto the contract for future trade matching salary purposes). The timing also provides Yabu with the opportunity to find his next employment, which is also a nice thing on the Celtics part.