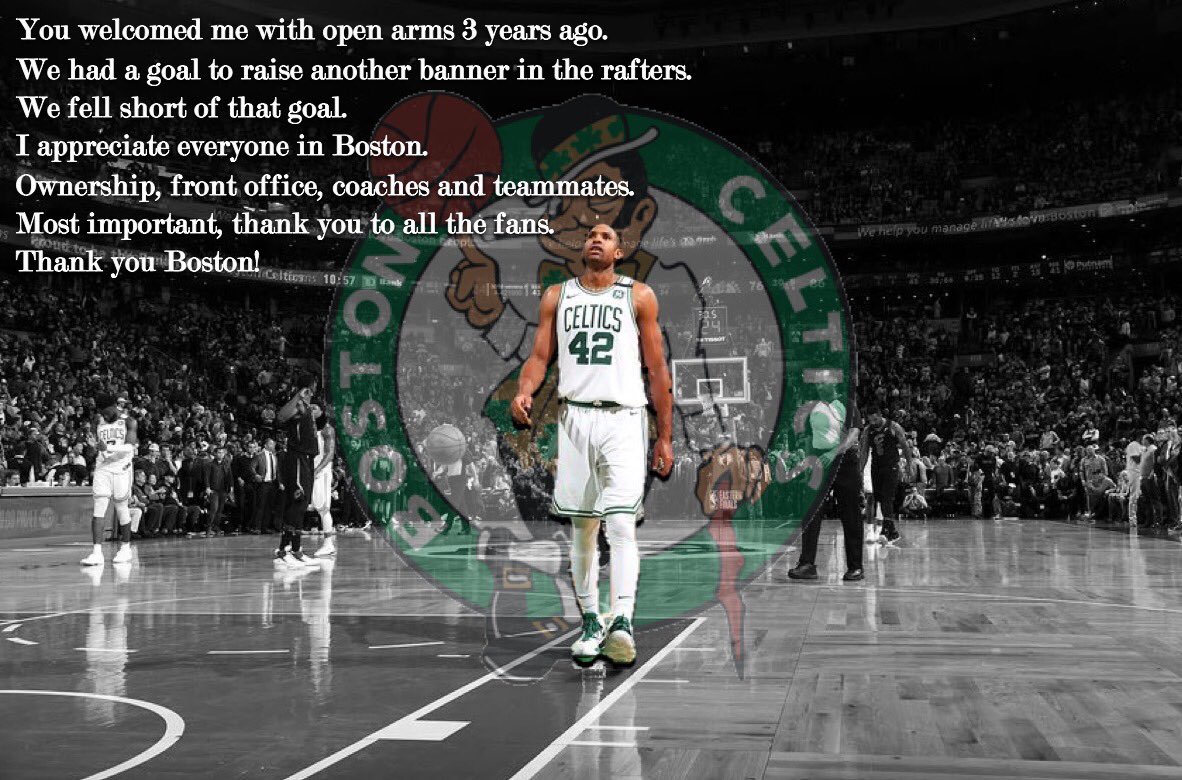 Loved the signing of Al Horford three summer ago and loved having him as a Celtic. His quiet unselfishness reminded me of the last Celtics all-star center, Robert Parish. Unlike Kyrie Irving, Horford is leaving Boston on good terms. He received a much more lucrative offer from another team and equally probably thinks they have a better chance to compete for a championship. Add in the fact that Horford prefers to play power forward and you can understand the move. The only part that sucks is him going to a long time rival.

The "we fell short of that goal" of winning a championship part in his goodbye message was slightly odd. I mean if he stuck around the door wasn't completely shut just because Kyrie had left. Even though when I pitched a double sign-and-trade of Kyrie Irving for D'Angelo Russell so that the Celtics could retain Horford AND add an all-star guard, cap experts said it was way too complicated, but then the Warriors did just that. They did a double sign-and-trade of Kevin Durant for D'angelo Russell, so they could remain a four star team.

But in the end, maybe even if Danny Ainge could have added an all-star guard and kept Horford, he didn't want to add him at the price point Horford demanded. Maybe Danny preferred Kemba and Kanter over Russell and Horford? Maybe the backstory of what the Celtics offered and how bad and hard they wanted to retain Horford will come out one day. In the end, Horford was a great signing three years ago and he gave his all in Boston. He deserves a long standing ovation when he makes his return.