Boston Celtics assistant coach Jerome Allen was suspended indefinitely by the team for his involvement in a college admissions scandal during his tenure as head coach at Penn, according to Sports Illustrated’s Ben Baskin. 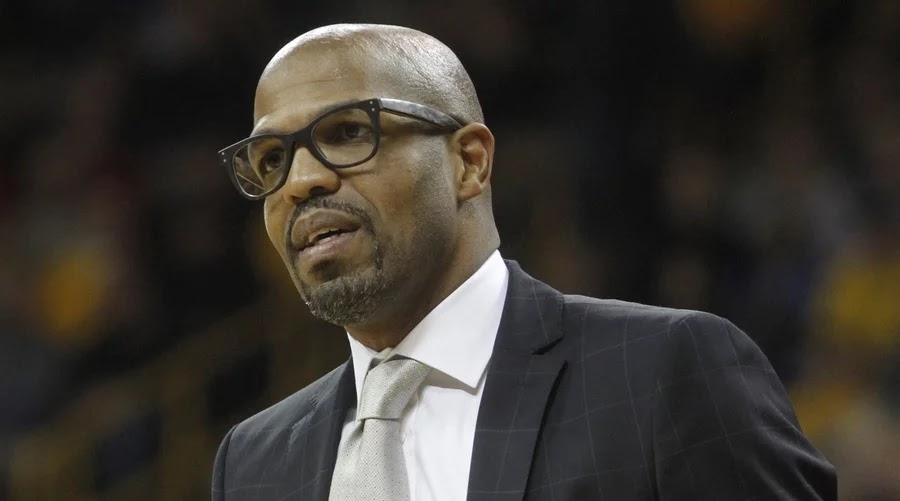 Allen was originally suspended for two weeks after he pleaded guilty to wire fraud and money laundering last July. He was then suspended indefinitely in March after word came out that he helped a colleague take bribes after his departure from Penn.

The Celtics made the following comment on Allen’s legal issues through a spokesperson:

"Jerome was forthright, accountable, and contrite in discussing the mistakes he made prior to becoming a Celtics employee," a team spokesperson said. "We believe he has learned from the situation, and we appreciate all Jerome has done in his time with our organization."

Allen had agreed to take over $300,000 and material gifts as bribes for the admission of a guard named Morris Esformes, son of Philip Esformes a man convicted on a $1 billion Medicare fraud scheme.

The judge’s verdict was as follows, according to Baskin:

“But at his sentencing on July 1, U.S. District Judge Kathleen Williams gave Allen four years' probation, including six months of house arrest along with 600 hours of community service, and ordered him to pay a $202,000 fine and an $18,000 forfeiture judgment to the U.S. government.”

While he is under house arrest, Baskin noted he will still likely be able to preform his duties to the team according to a team source of his.