With Al Horford potentially gone, is Nikola Vucevic an option for Celtics?


With various reports indicating Al Horford's tenure with the Celtics is history, the team's need for a solid big man has just intensified. The Orlando Magic's Nikola Vucevic is an unrestricted free agent as of June 30, and Danny Ainge needs to at least look at him as a possible addition. 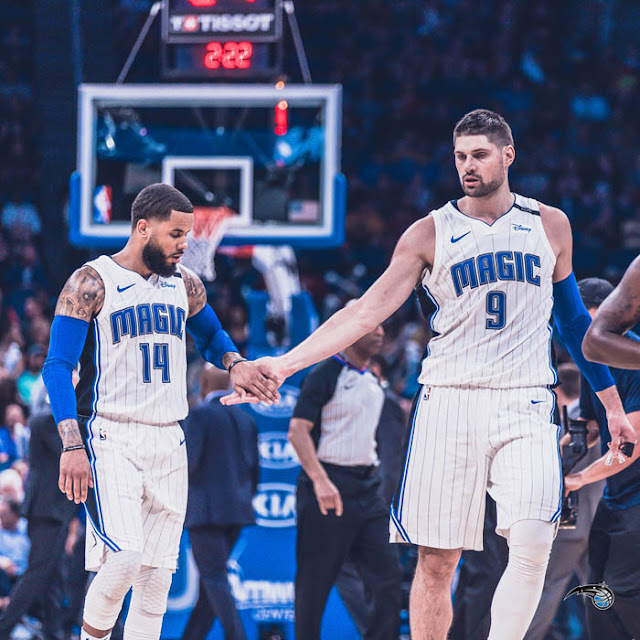 
But this year he (Vucevic) seemed to turn everything on its head.

He proved himself to be a capable defender, improving his positioning and focus on that end to anchor a top-10 defense. And with the offense running through him, Nikola Vucevic thrived, averaging a career-high 20.8 points per game and earning his first All-Star selection.

The Magic made the playoffs largely on Vucevic’s consistency, something he provided offensively for much of the last seven years. His impact on the team was undeniable.

Whether the Toronto Raptors threw extra guys at him or not, their strategy was built on frustrating and stopping Vucevic. Cutting him off threw the Magic completely off. He was vital to the team’s breakthrough season and he was virtually absent from the postseason.

Vucevic is expected to command somewhere between $20-$25 million per season, but the free agent market is becoming extremely volatile - so anything is possible. With both Kyrie Irving and Al Horford, (two All-Stars) expected to depart, Danny Ainge will be scurrying to come up with roster solutions. After suffering a second heart attack a while ago during a tumultuous season (is there a connection?), this is not what he needed. Is Nikola Vucevic worth going after. Vote in the Twitter poll or give your views in the comment section.