The reality of a Kyrie Irving-D'Angelo Russell player swap


With Kyrie Irving allegedly having at least one foot out the door, would Brooklyn's restricted free agent, D'Angelo Russell be a decent fit in Boston? First of all, if you are thinking of the Celtics doing a sign-and-trade with Brooklyn in some type of player swap, I doubt that will happen. Sign-and-trades are rare for good reasons. With the new CBA rules, there would be no financial gain for Irving in a S&T, and he has to okay the deal. 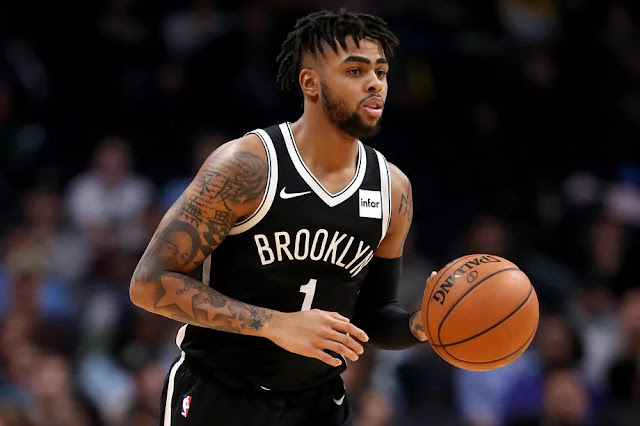 **UPDATED NBA RUMORS**
Source: D’Angelo Russell has interest in playing for Boston Celtics or NY Knicks if Kyrie Irving signs with Nets.. no word yet if those teams have mutual feeling #NBAFreeAgency


Pairing two ball-dominant guards in Brooklyn, one being young (D'Angelo at 23 years), would not seem to be workable for the Nets - or Kyrie for that matter. If Kyrie does in fact depart Boston, the Celtics obviously would like some return. Don't hold your breath. No one can ever predict what Irving is thinking, but right now he doesn't seem particularly enamored with his present team. My point is that neither the Nets (remember THE TRADE) nor Irving would be apt to do Boston any favors in a sign-and-trade deal.

The best route for Brooklyn is most likely to let Russell walk in free agency to create more cap space for the signing of a second star free agent to pair with Kyrie. Now comes the question as to whether the Celtics would benefit from acquiring the 6'5" point guard. Russell was the second overall pick in the 2015 NBA draft by the Lakers, and got off to a slow start in Los Angeles. But he has thrived with the Nets, landing in the All-Star game this year. This past season, he averaged 21.2 PPG, 3.9 RPG, 6.3 APG and 1.1 SPG while shooting 43%/37%/78% on field goals, 3-pointers and foul shots, respectively.

He earned $7.0 million this past season. Tripling that figure to $21 million for 2019-20 would seem about right for either Brooklyn or any other team that signs him. He has the size (6'5") and the skills that Boston can use. Pairing D'Angelo in the backcourt with Marcus Smart could work well. Still, this is one of many, many options in front of Danny Ainge this summer. If both Irving and Terry Rozier depart, the Celtics definitely need a second reliable option at point guard. D'Angelo is one possibility.