The highs and lows of Kawhi Leonard - from dynamic to apathetic


I have seen this before, but not in such a wide spectrum. A few NBA players are dynamic and exciting on the court - but lethargic and indifferent in their interviews. Kawhi Leonard gets the award for this one. He is a marvel to watch on the court on both offense and defense. Not so in his post-game interviews. And leaving his Finals MVP trophy on the podium after his pedestrian interview session was the best. Take a look. 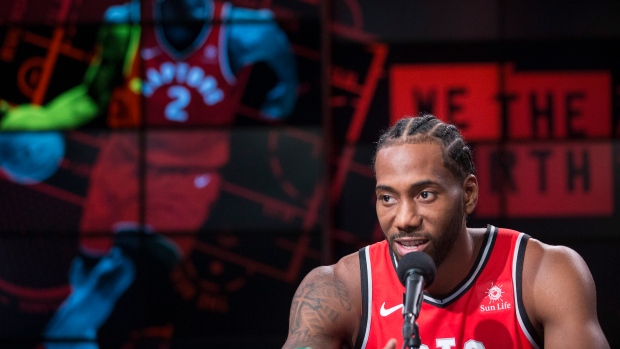 Nothing describes Kawhi better than him leaving the MVP trophy at the podium like it’s a bottle of water. pic.twitter.com/0vECJdbjkW

I love this tweet. It does describe Kawhi - gotta love him. Note one other thing. Watch how gingerly Leonard walks off the podium. Muscle soreness and injury are evident. He is one of the most talented lunch pail workers I have ever seen in the NBA. He would have made a Hell of a Celtic! Maybe there's still time.