Some see a loss with AD headed to the Lakers; others, an opportunity


After some time to digest the Anthony Davis trade results, I have to say, despite all the basketball logic parts that say I should be upset about the outcome...

Let me explain. We all know how we got here, even if not in as much detail for some as others. We had a good thing going for a long time, and while it wasn't necessarily the best thing in terms of basketball product, it was our thing, a Boston thing, grown from within using good decisions and a sense of community that -- in retrospect -- is all too rare in today's NBA. 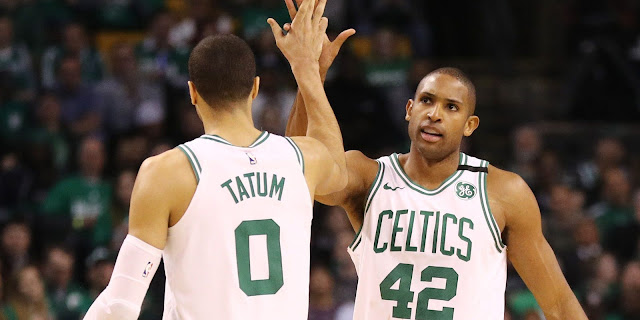 Don't get it twisted; regular readers know I'm a cap junkie, and an analytics nut, too. These things matter, and you won't win in this league of you don't apply them correctly. But no team wins without synergy (and I don't mean the service), which for the layperson, is the quality that arises when a number of independent variables produce more than the sum of their parts.

It's a chemist's (or social scientists') way of quantifying "ubuntu", that esprit de corp that was the hallmark of the 2008 Boston Celtics...and for that matter, the 2018 Boston Celtics.


You can get there in a lot of ways, but the best way is an organic approach -- draft and sign players who aren't just good, but are good people. People who can put the team's success ahead of their own, and of others before themselves. People who make the sacrifice on a regular basis because that's who they are, not what you hope them to become.

It's time to return to that.

I don't blame Danny Ainge for how we ended up here -- I might have done the same myself given what he was facing at each moment -- but somewhere along the way, we got a little lost, and forgot who we were. Chasing banners shouldn't ever mean neglecting the ubuntu (or perhaps synergy) factor that has always been a part of championship Celtics teams.

So, looking up and down the roster, I see nearly all high-character, high-ceiling players, players who have demonstrated the qualities -- even at comparatively young ages, in many cases -- I most value about the better years of Boston's past.

Subplot for Boston from not trading for AD: Jayson Tatum and Jaylen Brown both hit the summer with the confidence they are Celtics going forward and the franchise building blocks. That's huge for the psyche of young players.
— Keith Smith (@KeithSmithNBA) June 16, 2019


Bringing back the core of the Hospital Celtics of 2018 with (hopefully) the guidance of Al Horford might not get us much further than the team managed with a much-better-on-paper roster this season, but the landscape of the East could be even wider-open than it was this year, and with the right small moves this summer (bringing back Marcus Morris and perhaps snatching up a few other bargain deals in a busy free agency landscape ought to help), this team might just shock some heads yet again.

No one is saying we wanted to end up taking the journey that got is to this point, but the future, despite all these setbacks, actually has me feeling good about the future of the team again in ways I hadn't since Isaiah Thomas got hurt while serving as a fleeting-but-white-hot example of how synergy can transform several good players into a truly great team.

With our young rookies on the precipices of their prime years, and the specter of missteps fading behind us, we have a chance to re-establish those ideals that made a chilly, cantankerous city on the North Atlantic a basketball mecca.