Celtics rookie, Romeo Langford is still recovering from a torn thumb ligament in his shooting hand that required surgery in April. It appears that he will not be cleared for full contact, and therefore will not be participating in Summer League practice next week. 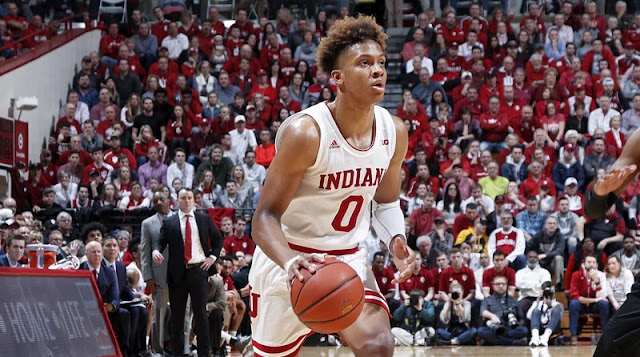 Langford suffered the injury early in Indiana's 2018-19 season, but he toughed it out, playing through the injury prior to surgery at the end of the season (per NESN.Com's Michael McMahon):

“I was raised to be tough-minded and do stuff like that. That’s what it came down to.” There are few things Boston fans appreciate more than an athlete that is willing to battle through injury or hardship for betterment of the team. See Zdeno Chara in the Stanley Cup Final and Isaiah Thomas’ performance following the death of his sister. So while Langford doesn’t necessarily project to be an immediate star in the NBA, it appears the Celtics have a gamer on their hands, and that’s something Celtics fans surely can get behind.

Danny Ainge went in for character in this recent draft, including Langford, who was taken with the 14th pick. Summer League still projects to be interesting for Celtics fans with Grant Williams, Rob Williams, Carsen Edwards, Max Strus and the towering (7'7") Tacko Fall expected to participate.