Rich Paul signals AD will go to free agency in 2020, warns off Cs


If you thought it odd how quiet Rich Paul has been since the Anthony Davis trade talks have begun to heat up this week, well, your wait is over.

In an expansive article on SI.com, SL Price proclaims Paul the summer's "King Maker", and while he might be, I am not convinced. "King Makers" get their way, and we wouldn't be neck deep in this narrative in the first place if Paul had made his king at the trade deadline. To his credit, his narrative is well-crafted this go-round, and seemingly singling out the Boston Celtics in particular. 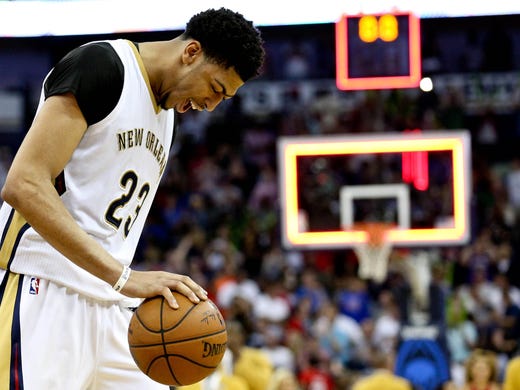 It's very clear Paul would prefer to steer his client far away from the franchise, with each potential destination for the star listed in descending order, with the qualities of each equally diminished until we arrive at the Celtics, where Paul delivers a measured message designed to ward off Danny Ainge and company (per SI's SL Price):

"They can trade for him, but it’ll be for one year ... I mean: If the Celtics traded for Anthony Davis, we would go there and we would abide by our contractual [obligations] and we would go into free agency in 2020. I’ve stated that to them. But in the event that he decides to walk away and you give away assets? Don’t blame Rich Paul."


The message here is clear: we´ll play nice, but unless you only want one shot at a ring with Davis on your roster, this isn't the deal for you. As if to punctuate that point, Paul continued (per Price):


If the plan is to reunite with a 36-year-old LeBron James on one of the most dysfunctional teams in the league, I am not going to argue against that, as it would likely continue to relegate AD to a non-contending team while helping keep the window for a Celtics title open a little wider just as Jaylen Brown and Jayson Tatum would be coming into the beginning of their prime years.

Of course, a lot can change in the course of a season, as this one in particular has had no hesitation in reminding us. But for now, it seems, Boston is in a most un-enviable position, and the best way to beat a game designed to keep you from winning is to simply walk away.