Kevin Durant's injury in last night's Game 5 of the NBA Finals is all over the media, and so is the reaction of many Toronto fans when he went down. My first sense is that no fan should ever celebrate an opponent's injury, as tempting as it may be in rare cases. Would the TD Garden crowd exhibit the behavior of the Raptors faithful? 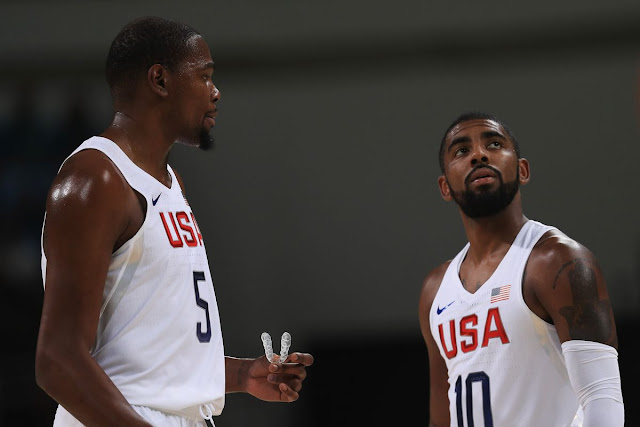 First of all, I want to believe that the Jurassic Park crowd initially thought the injury was minor and would serve to slow Durant down. Still, in Boston, if a celebratory chant was initiated by a few Celtics Fans in a similar situation, I doubt it would have expanded the way it did in Toronto. Even the Raptors crowd toned it down - and then cheered KD - when it was evident that the injury was serious.

The Boston crowd can be a tough one on the opposing team, or even on the guys in green when they badly under-perform. But Bean Town fans are seasoned - know the game well - and have too much respect for players of Durant's ilk. It just may be that the attendees at Jurassic Park are still in the Mesozoic era of development and may need a bit more seasoning in the ways of the NBA fandom.