I may think the narratives about players being influenced by being around other players for a handful of workouts or less to be a bit...overwrought, but if Jayson Tatum really did change his game after working out with Kobe Bryant, his summer plans certainly won't hurt his game.

Those plans, which include playing for USA Basketball's 20-man training camp roster alongside the likes of coaches Steve Kerr, Gregg Popovich, and Jay Wright, and players like Anthony Davis and James Harden. 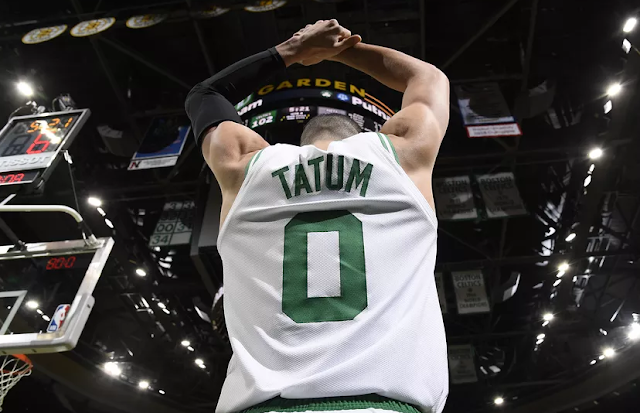 Tatum has an opportunity to make the final USA Basketball roster if he is not among the eight players cut from the roster after training camp in Las Vegas, taking place between August 5th and 9th.

Jayson has also been keeping busy on the media side of the sport, recording a podcast with Stadium's Jeff Goodman.

Give the pod above a listen to Tatum's offseason plans, what he thought of last season, and what life as a young father in the NBA is like, among many other topics. Hearing the mature, level-headed young star really makes me want to build around the Jay Team even more.