Believe me! I am leery of big men with foot issues. The list is long - Greg Oden, Bill Walton, Yao Ming, Marc Gasol, etc. Now comes young Bol Bol at 7'2" - but with a foot injury already. And this is in college. Still, he could be an exception to the don't-draft-the-big-with-foot-problems rule. If Bol was healthy, he would most likely get taken somewhere in the teens, but it looks like he may drift to the early 20's in the June 20th draft. 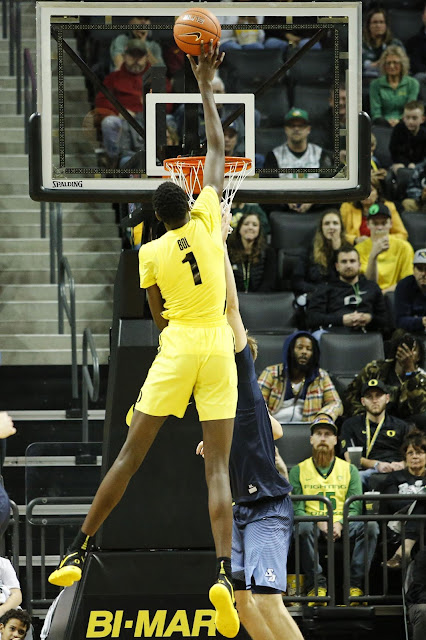 SI's Jeremy Woo currently has Bol taken at #21 in the draft, just mid-way between Boston's #20 and #22 picks. Bol has scheduled a workout with specific teams tomorrow, and that could have an effect (good or bad) on where he is selected.

Bol is currently No. 21 on our Big Board, which basically hedges the upside versus the risk. This workout is expected to be key in establishing some type of floor for him. At this stage, feeling among teams is he could slip into the 20s on draft night. https://t.co/e6uT5lIj14 https://t.co/kRb3S0VYSz

Is Bol Bol a ‘gamble worth considering’ for the Celtics? pic.twitter.com/l3oqnYVBAK

Taking Bol with the Celtics' 14th pick is not a probable move by Ainge, despite the fact Boston could use more depth at the center position. But the 22nd pick is another matter. It comes down to risk and reward. Danny may have another choice in mind at #22. We will find out on June 20.