Paul Pierce is reportedly launching his own line of cannabidiol products.

Pierce, who credits CBD, as cannabidiol is known for short, with saving his life after nearly being stabbed to death in a nightclub in 2000, has become something of an evangelist for the increasingly popular substance, which has been lauded as a cure for everything from rheumatism and chronic pain to stress despite a paucity of research to back up those claims. 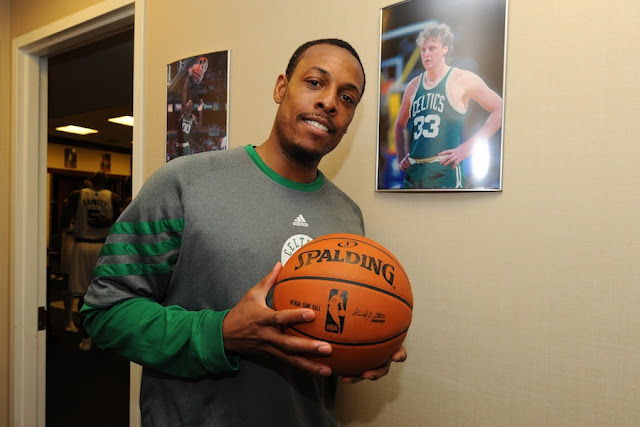 Said Pierce on the substance (per MassLive's Michael Bonner):


"I wish I knew about it sooner ... It’s something that works and I don’t have to worry. Once CBD came into my life it really changed a lot of things I was doing and really helped long term. ... I know I played a sport but to be able to help people heal and see them become better people, that means more to me."

In conjunction with the high-end vape pen company founded by The Truth this fall, Pierce hopes to be a positive force for wellness in ways he feels were critical in his own recovery.

While most health benefits aside from its proven record for aiding epileptics remain anecdotal, Paul is far from the only person (or even Celtic) to have invested their time and money into cannabis-based treatments -- former teammate Glen "Big Baby" Davis and Don Nelson immediately come to mind -- which probably shouldn't be too surprising to fans of the greenest team in the league.