Per Numbers Wizard, Albert Nahmad, return of Al Horford is not out of play entirely


Numbers Wizard, Albert Nahmad, appears to have solid respect around the League, and he has indicated that even with the eventual signing of Kemba Walker, the return of Al Horford would be an extreme long shot - but not totally impossible. Even so, the questions to be answered are, would Al consider coming back now that Kemba Walker seems all but locked up - and would Danny Ainge want to commit an extended contract to Horford. 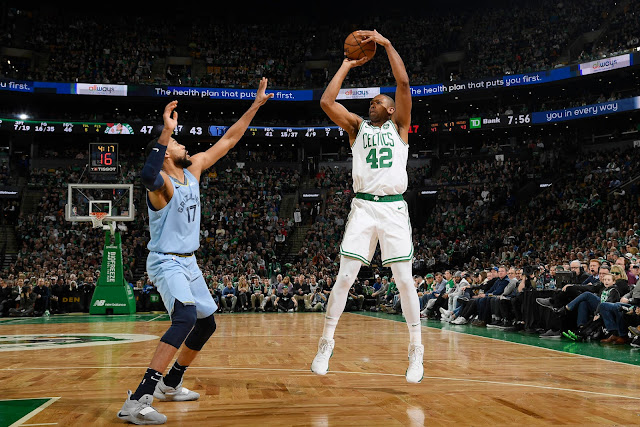 This would free up a lot of possibilities for the Celtics to build out a roster, but would require cooperation from A LOT of parties with different objectives. Because of that, a long shot. https://t.co/wv1jR1yQQf

There is a growing sense around the NBA that due to the unique nature of this year’s free agency (200 FAs, half the league with cap space) that teams are going to be very creative. S&Ts, multiple team deals and the like will all be in play more than in a normal year.

This is going to be a wild free agency season - and it begins in several hours. It is starting to look like a massive 3-dimensional chess game involving 30 general managers. A large number of variables would have to land in Danny's favor for Horford's return to Boston.

It seems the Pelicans might be reluctant to grant a 4-year deal to an aging Horford. Al following Zion Williamson and Jrue Holiday on Twitter made it appear that he may be headed to the Pelicans. Now, we have no idea where the hell he is going.

Al Horford may have followed Jrue Holiday and Zion Williamson on Twitter today … but the Pelicans are not actively pursuing Horford as the opening bell of free agency draws near, league sources say

There you have it - five hours and waiting until free agency. Boston absolutely needs a center with some length and strength. Nahmad puts the room exception at $4.767 million (strange to see an exact figure). Once (if?) we get the word that Horford is signed by another team, using that room exception for the right guy would be the next step.

Per @AlbertNahmad’s ever-reliable figures, the Celtics’ room exception will be $4.767 million next if they sign Kemba outright.

Not a lot, but any center who signed would be guaranteed major starting minutes on a likely playoff team.

Until it is a done deal with Al signing elsewhere, I can't help visualizing the Celtics vets, Marcus Smart, Gordon Hayward and (apparently) Kemba Walker playing alongside Horford, and supported by a surging Jay Team of Jayson Tatum and Jaylen Brown. A pipe dream? Probably. But I'll keep it as long as possible.

There are some league executives that believe the "mystery team" for Al Horford is...the Boston Celtics.

But keeping Horford's rights would require a number of complicated maneuvers, including a double sign-and-trade involving Kemba Walker and Terry Rozier. It wouldn't be easy. https://t.co/dCfSQcaEc4