Do Celtics go with center-by-committee, taking a page from 1969-70 campaign


Losing both Bill Russell and Sam Jones via retirement after the Celtics 1969 Championship was a real blow. Filling the hole at center was the main issue. Coach-at-the-time, Tom Heinsohn decided to go with three centers to fill the 48 minutes in the middle. Brad Stevens may have to take the same path. 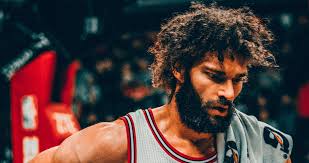 With both Al Horford and Kyrie Irving almost surely heading elsewhere, it looks like Irving's slot will be filled with Kemba Walker, and his fit with the team seems like a good one. But where is the big man to fill the middle? We may have to pluralize that - and start saying "big MEN" in the middle.

Veterans John Havlicek, Satch Sanders, Don Nelson, Bailey Howell and Larry Siegfried logged the most floor time, but the team finished with a 34-48 record. Not bad for a team that just lost two of the best players ever to take to the hardwood, but disappointing, nonetheless.

Imagine the rejoicing in Boston if Al Horford somehow winds up back with the #Celtics.

And the Twitter celebration if @AnnaHorford sticks around, pulling for the Green.

Fast-forward to today, the start of 2019 free agency. I added the above tweet since nothing is ever totally impossible. It looks like Danny Ainge has chosen to fill the slot left by the departure of Irving rather than go for a high-level big man. Wouldn't the return of Al Horford right now paint a rosy picture of the coming season? But that is highly unlikely, unless Danny has some trick up his sleeve. Here is CBS Sports' James Herbert on the Warriors going with a multi-center approach over the past few seasons:

The Golden State Warriors of the past few seasons have provided a blueprint of sorts here, using a platoon of role players at center. JaVale McGee revived his career by catching lobs and blocking shots on a superteam. David West got two rings and more wide-open looks than ever before. Kevon Looney slowly developed into a coveted free agent that is surely out of the Celtics' -- and maybe the Warriors' -- price range. Boston does not have money on its side, but it can offer a significant role, exposure and a chance to go deep in the playoffs.

The Celtics need to get realistic here. With Aron Baynes gone via trade - Rob Williams only entering his sophomore season - and nobody's thinking Guerschon Yabusele can ably fill that center spot, Robin Lopez, Nerlens Noel, Noah Vonleh and Enes Kanter are possibilities. It is time to see more of Rob Lob, so some of those center minutes need to go to him. He can score inside, rebound and block shots. Daniel Theis? Possibly - but he has a weakness against bruising, opposing centers. Ainge needs to sign a proven veteran to fill at least half of those 5-spot minutes. As I finish this piece, it is 12 hours to free agency. Just as 1969-70, this is a transition season, but hopefully, a successful one.