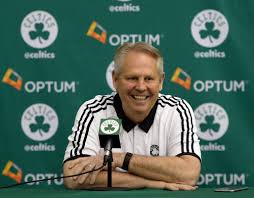 My first reaction is that is probably not the high-stress situation a GM (Danny) wants to be in after suffering a second heart attack a number of months ago. My second thought is that the chance of this succeeding is rather minimal. Third thought is - I hope it works.