Kyrie showed why leadership matters - but did he learn his own lesson?


When considering Kyrie Irving's free agency from a purely business perspective, having a top-15 player on your roster ought to be a no-brainer.

Not everyone feels that way, however, and his talent has nothing to do with it. His level of play evidently tied to his mood, and his leadership skills -- spotty at best -- have not exactly endeared him to many a fan, and at least one former Boston Celtic for certain.

Hearing everyone from Danny Ainge to Terry Rozier to even Wyc Grousbeck throw shade on last season's team more generally begs the question to what extent Irving's faux-leadership antics actually were to blame for much of the discord over that tumultuous season, even accounting for Rozier's very public malcontent behavior. 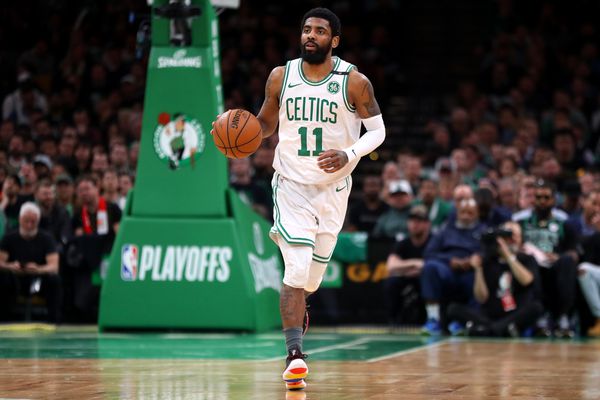 Was this team "hard to love" because of how it responded to adversity? Or was Irving's premature leadership posturing the primary cause? We may soon know, or it could remain buried for a half-decade or more, depending on whether Kyrie decides to take the easy way out as seems his wont, or if circumstances and growth pave a path towards the sort of leadership Boston whiffed on taking shape north of the US border.

For what it's worth, even former players seem to be taking veiled swipes at the former Cleveland Cavalier, such as Rajon Rondo's words when discussing the topic of leadership benefiting young players and LeBron James' equally rough first season with the Los Angeles Lakers (per Bleacher Report's Ric Bucher):

"When things didn't go well in Boston, Kevin would be one of the first guys to call me and tell me, 'That was right today' or 'That was wrong today.' The biggest thing he taught me was that you can't pick and choose when you want to be a leader. You have to do it every day."


If indeed that was an oblique reference to Irving's failures, the sentiment from Kendrick Perkins has been consistently direct in his criticism of Kyrie since the end of the season, even intensifying of late, as can be seen in the video below.


When it comes to the business side of the game, I get keeping Irving -- should that even still be on the table -- is the "right" decision. But like many of you, I don't want to watch another season wasted on potential when the chemistry and fit simply aren't taking shape, either. I still want Kyrie to re-sign with Boston, but one earnestly ready to take the steps forward to greatness that have little to do with what's demonstrated with innate skills and timing. If Irving is to remain a Celtic, he'll need to make sacrifices that will, ironically, make him a better player in the end.

If he wants to keep on trying to be some kind of heavyweight he's not truly earned the reputation of being, using the shadow of others as a flimsy screen to pretend those achievements were more his than theirs, well, in that case, I'll have to take Perk's position. Anywhere but here, and may the door hit ya where the basketball gods split ya -- it was, after all, a strictly business perspective that got us here in the first place.

Should that happen, I expect some minor moves to heal that wound, still sporting fresh blood over a season later, by giving a roster slot to Isaiah Thomas entirely independent of whether the man can ever use it effectively, and to fill Micah Shrewsbury's vacant assistant coaching role with a voice that may not always have nice things to say about Celtics current and past, but might just be the link we need to the "Ubuntu" era the young core so desperately needs.