The Drake Curse: Do the Toronto Raptors need a new mascot 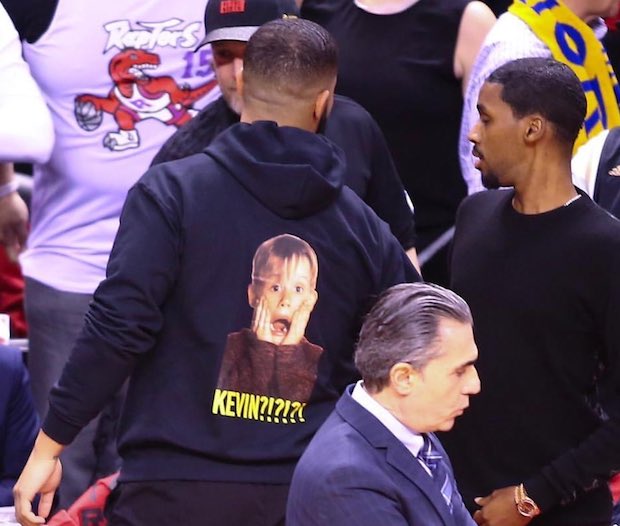 Drake is one of sport’s most ardent fans, and can often be found supporting his favourite basketball team the Toronto Raptors, regularly pacing up and down the sidelines, encouraging the players, and acting as a quasi-mascot for the team during their NBA playoffs journey bonusbets.com reports today.

So why is this such a big deal, Drake is a fan of basketball, everything is all good. Well, there is the ‘Drake Curse’. So what exactly is the Drake Curse? The quick answer is this, whenever Drake poses for a photo with a sporting celebrity, they seem to go on to lose, normally quite spectacularly, and generally against the odds as well.

It harks back to a photo that Drake took with Paris-Saint Germain star Layvin Kurzawa. They went on to suffer their biggest defeat in nearly two decades, losing 5-1. Next, he posed for a photo with UFC star Conner McGregor, and he went on to lose to Khabib Nurmagomedov. Next came football, and after posing with Manchester City striker Sergio Aguero, he went on to miss a penalty in the Champions League final, causing City to lose. The list just keeps going.

Most recently he posed for a photo with heavyweight boxer Anthony Joshua, who was World Champion. Note the word ‘was’ because he went on to lose to Andy Ruiz Jr, despite Joshua being an overwhelming favourite and undefeated going into the bout. Ruiz Jr was an 11-1 underdog and managed to come out victorious.

Drake was overconfident going into the fight, and even captioned the photo with the message “Bout to break the curse”, but Joshua lost the fight in the seventh round after the very one-sided fight, and he was knocked down four times during the bout.

This has been going on so long that some teams have taken to social media to ban players taking photos with him. AS Roma was one of the teams that put the ban in place.

Drake was recently spotted at a Raptors game where a hoodie that featured a picture of Home Alone star Macaulay Culkin in his most famous pose as Kevin McCallister, with the words ‘Kevin?!?!?!’ This was seemingly in acknowledgement of the curse, as the image harks back to the film in which the parents of Kevin accidentally leave the child at home through bad luck. What made this even more significant is through a twist of fate, the home alone star, Culkin, was actually in the audience for the game. Seated a few rows behind Drake, Culkin snapped a picture of the hoodie and circulated it on social media and went viral.

The hoodie is also a reference to the Golden State Warriors players Kevin Durant, who missed the first two games of the NBA playoffs. Durant and Drake were seen exchanging words following the game, which, of course, ended in a loss to the Raptors. It has been suggested that Drake is trying to redirect the curse towards the Warriors, but whether it works remains to be seen.