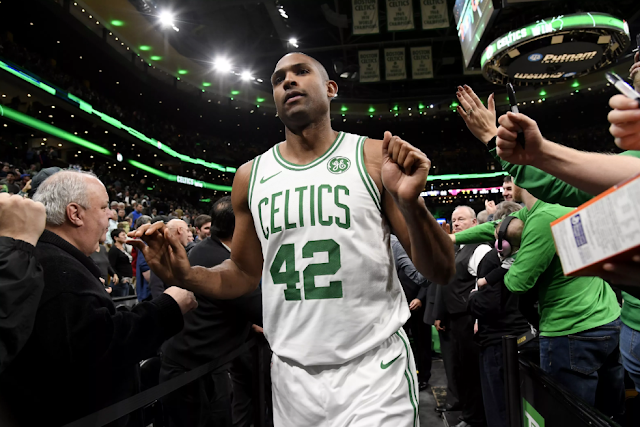 Al had a few choice words about the NBA Finals, Kyrie Irving's free agency, and the offseason more generally. When discussing the Toronto Raptors' unexpected success against the defending champions, the Golden State Warriors, Horford said (via Eurohoops.net's Alex Madrid):

"They are playing really good. [Marc] Gasol has been the difference for Toronto. He was the player they needed and they are one step away from being champions."


Regarding the team's future, he was a bit more reserved, likely due to all the different moving parts and the uncertainty which surrounds everyone's looming choices, including his (via Madrid):

"Let’s see what happens with the team and all that. [We're] looking to improve as a group."


Al was similarly noncommittal when asked about Irving -- though you can hardly blame him given all the rumors currently circulating nearly a month away from any such decision. Said the University of Florida product on the matter of whether he thinks Uncle Drew will stick around (via Madrid):

"We’ll see. I hope so… but you never know. It’s a decision that he has to take."


Guarded answer though it was, it certainly wasn't echoing the certainty of doom some Boston fans seem to have accepted as virtually assured regarding Irving's potential decampment. Not too much to parse here, but expect an autopsy on every utterance caught on tape by anyone connected to the team and their entourages -- it's going to be a long summer.