Let me start off by stating that previously, I did not envision Celtics rookie Grant Williams spending much time at the center spot. I may be changing my mind. Believe me, I would like nothing better than Boston to come up with the next version of the 6'8.5" phenom, Dave Cowens, for the 5-spot. I am not saying that Grant Williams may be the next Big Red, but he could could hit his ceiling as the The Green's version of Draymond Green. 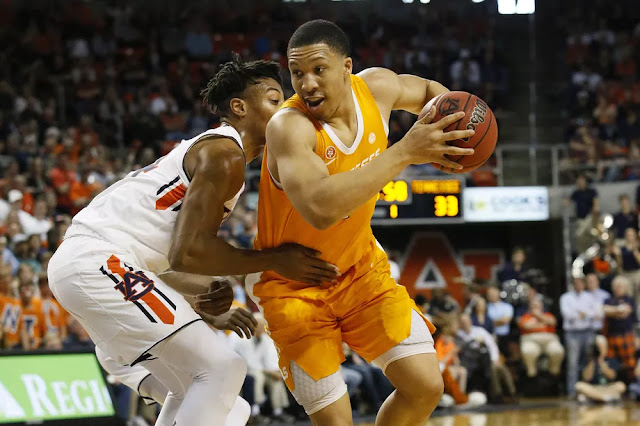 For all the Boston Celtics fans who are mad they got Grant Williams, or otherwise claim he’s no good....

Dray's three Titles and three All-Star appearances might be tough for Grant to achieve, but frankly, did we ever envision that for Green. No, we didn't. Injuries derailed the Warriors' 2018-19 season, but Draymond held tough, averaging 7.4 PPG, 7.4 RPG, 6.9 APG, 1.4 SPG and 1.1 BPG.

NBA drafts can be a crap shoot, even at the top-3 level. High-lottery picks can be busts and second-rounders can thrive in the big League. No one ever knows the outcome for sure until they compete at the higher level. Grant Williams will be himself, and it seems it will be hard not to really like him. Summer League starts in roughly a week. Stay with CelticsLife for early reports on Grant and the other Celtics youngsters.