Injury may reshape the league this summer - will the NBA make changes?


There will never be a narrative about protecting player health that makes everyone happy, and considering all the factors involved, it's understandable why.

The most obvious reason, mercifully, is beginning to change. Popular portrayals of professional athletes as "soft" or "selfish" for taking extraordinary steps to protect themselves (and their careers and legacies) still exist, but the level of toxic disregard for the humanity and personal goals of players is at least diminished compared to even a few years ago.

The catastrophic, league-altering injuries suffered by some players has shifted that talk towards the dustbin of history, where it belongs. But then, the question of how to address the root cause of player injury remains. 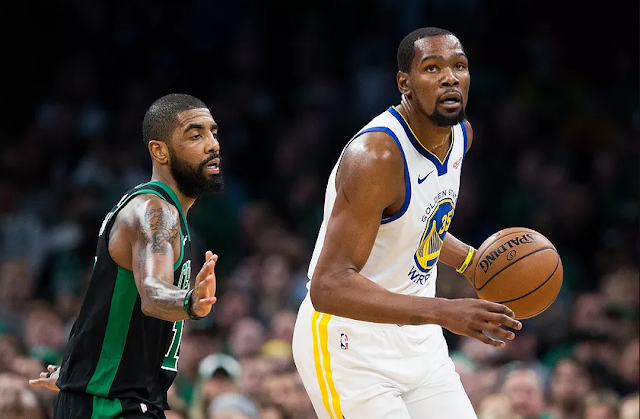 So much money and research has been invested into maximizing player health and longevity (and, let's be honest, profitability); how to balance the well-being of elite players playing heavy minutes with teams shelling out the maximum or nearly so for such players? Or public relations with the bottom line? For now, at least, there's no easy answers.

On one end of the spectrum, the long season and heavy minutes these players endure pile up among teams who hope to contend for a championship; perhaps without the depth needed to make through the 82-game season sufficiently unscathed. On the other, well-managed organizations known for putting player health ahead of almost everything exist, but over the last 15 seasons or so, have also not done so well in the postseason despite their relative health.

Steph defends Bob Myers and the Warriors decision to activate KD for Game 5: “Injuries are tough… and they’ll continue to be a part of our game” pic.twitter.com/RLXvO2WqKW
— Bleacher Report NBA (@BR_NBA) June 13, 2019


Studies on this topic show teams with consistently effective medical staff like the Phoenix Suns, Atlanta Hawks, Dallas Mavericks, and San Antonio Spurs do not necessarily see a tight correlation with winning at the highest level. The latter, ironically, may have ended their short-term contention window from mismanaging Kawhi Leonard's quad recovery despite winning three rings bolstered by their medical staff's success at keeping players healthy.

We know sitting players to prevent injury has an impact on ratings and ticket sales that rub fans the wrong way from time to time, but until the league finds ways to diminish the frequency of catastrophic injury to its brightest stars, owners and players alike will have to find ways to protect themselves without damaging the product (compelling basketball games and careers) in the process.

History shows the road to recovery from an Achilles injury could be a long one for Kevin Durant. pic.twitter.com/uCmPPq6cPz
— NBA on ESPN (@ESPNNBA) June 12, 2019


If anything has become clearer, it's that the postseason changes priorities for all involved, in ways which see both players and organizations throw caution aside in moments full of blindingly-bright warning signs. Ironically, the fact that leg injuries and their care have dominated the futures of both teams in the NBA Finals ought to put to bed any pushback that these issues are transient in nature, or of minor importance.

It seems the path forward is fraught with potential pitfalls, too; allowing your best players to play through injury as Kevin Durant did risks the outcome the Warriors are now dealing with, one the Boston Celtics know all too well in the wake of the Isaiah Thomas era. Every NBA media outlet in the country has or likely will address the handling of Durant's situation, with many treating the man as an inert object without agency, and others the franchise an incompetent, spoiled collective unable to put anything ahead of winning.

Talking to a lot of people around the NBA (players, team personnel, agents) everyone has the same sentiment: KD's injury really changed what the summer could be for him, several teams and several other players. One said "It's a domino league. That domino fell a little sideways."
— Keith Smith (@KeithSmithNBA) June 12, 2019


While there may be plenty of legitimate criticism to go around, the truth is that the league has hard choices to make on this issue, and even more research to conduct to slow the loss of elite players in a game that is perhaps faster, more athletic, and more dangerous than ever before. But the fact this conversation is happening in the context of what is good for these players as people and not merely investments reflects the humanization of those players -- their well-being also never more widely embraced by the league and its fans.