Bulpett: Sources saying Irving will sign with the Nets


In a reverse of an earlier report today, the Boston Herald's Steve Bulpett is now saying that his sources are telling him that Kyrie Irving to the Nets is pretty close to a done deal. Bulpett tends to be the reporter who is typically most in the know when it comes to Danny Ainge, so if you wanted Kyrie to re-sign with Boston, don't dismiss this as just talking head nonsense.

According to a source with ties to Roc Nation, the organization expected to become Irving’s new representative, the All-Star point guard is prepared to sign with the Brooklyn Nets when he becomes a free agent next month. A separate league source told the Herald that his team (not the Celtics) has received the same information and is operating under the belief that Irving wants to join the Nets.

At present, the Durant situation appears to be having no bearing on Irving. As reported here last month, a Golden State source said that Irving had definitely spoken to Durant about teaming up once they became free agents. Another source in that story said the problem was that Irving wanted Brooklyn, while Durant was leaning hard to the Knicks


Kyrie has the potential to change his mind, but it's looking more and more like he'll be wearing a Brooklyn Nets uniform next season. 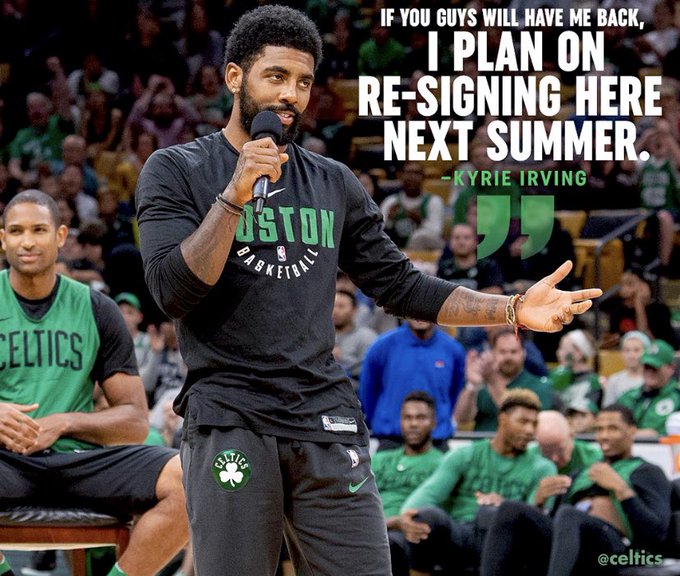