Has anyone else had it with Kyrie Irving's communication-sleight-of-hand act?


Let me state first of all, that upon Kyrie Irving's appearance in Boston, I was amused by his Flat Earth theorizing - realizing all the time that he was simply trying to get our attention focused on him. I enjoyed the verbal play. I loved his sleight-of-hand act on the hardwood. His handles are some of the best I have ever witnessed. I have no questions about his basketball skills. He carried the team on his shoulders for a number of games. Later, his sullen, cranky answers to media questions as the Celtics were being ousted from the post-season I saw as disappointing, if not uncommon among today's players. I thought he was better than that. But now I have had it with his meaningless verbal and written slight-of-hand-act. This will be the last article I will do on his play-of-words until the decision on his future is solidified. 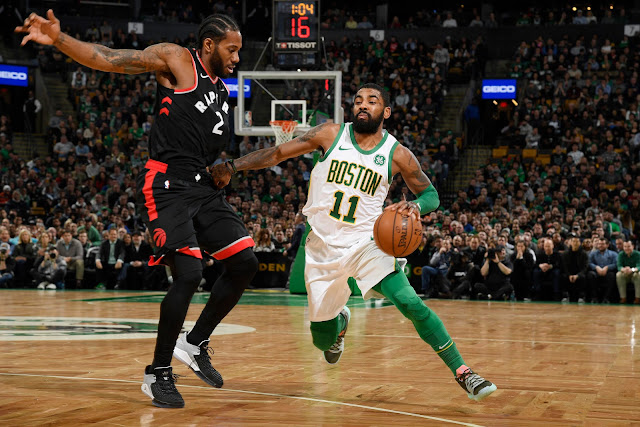 As a Research Engineer, my scientist partner and I talked both theory and practice - never nebulous bullshit. I can't ever remember him being irreverent, discourteous, cryptic - or wrong. He was one of the smartest men I ever knew. The following is what truly annoys me:

New Blog: Can Someone Please Explain What The Hell Kyrie Irving Is Talking About https://t.co/WnMLnCqKeG pic.twitter.com/qbBpWzGBp9

This is nebulous bullshit. From a young guy that came to one of the finest sports organizations ever. He was supposed to be our franchise player - lead us to a Title. I could even tolerate his thorny post-game interviews. I have done similar things at his age. So what's the purpose of his verbal and written sleight-of-hand?

"Used to entertain or manipulate"

Trust me - I am not entertained. Nor deceived. Nor manipulated. Hell, I don't even see his communications as skillful. Is this going to be Kyrie's version of the Lebron James never-ending DECISION? My God, I hope not. I have recently written that if Irving can make some attitude adjustments, his return to the Celtics could lead to a Title. These word games tell me there has been no change. There are few NBA players that can effectively duel with Uncle Drew on the hardwood. My feeling is that he is not yet a viable combatant in verbal contests with his interviewers. Cryptic messages are safe. No one knows what the Hell you are talking about.