David Ortiz update: "Please don't let me die. I am a good man."


First of all, let me state that the content of this article is graphic, but we are getting used to that, aren't we. David "Big Papi" Ortiz was shot in the back, allegedly by Eddy Vladimir Feliz Garcia, at a night club in Santo Domingo on Sunday night. The first video below shows the gunman approach Ortiz from behind and fire a shot into Big Papi's back. David's companion appears to have been struck by the same bullet that may have passed completely through David's body. The gunman then attempts to flee but is caught by the crowd and kicked and beaten. That can be seen in the second video. 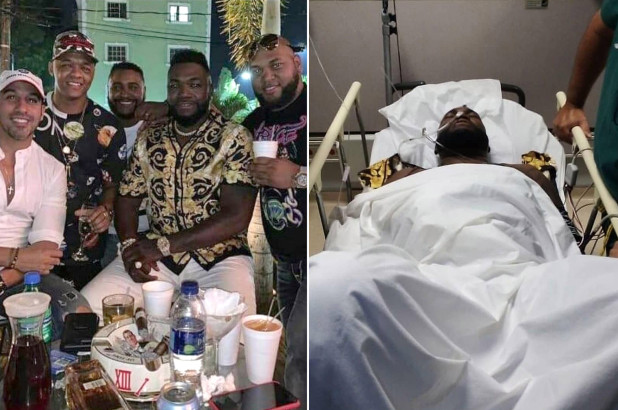 The latest news has Ortiz at Mass general Hospital in Boston, and he is expected to make a full recovery. My impression of the shooting is that it was done by a bumbler. The alleged shooter, Garcia, was no professional killer. He inflicted serious damage to Big Papi's internal organs, but fortunately the shot proved non-fatal. Luckily, the attacker failed in his mission.

The "non-professional shooter" idea may be borne out by an article from BarStoolSports' Carrabis:

Report: David Ortiz Was Warned Prior To The Attack That His Life Was In Danger

The investigations into the attack against David Ortiz are moving fast. The Attorney General Jean Alain Rodríguez had already warned this morning that the case did not correspond to a robbery or an action of street violence. Everything pointed to the fact that it was a personal settling of accounts.

By now, you’ve heard the rumors. This was all allegedly over a side piece who was linked to a drug lord in the Dominican Republic. From what I’ve heard, the two men who attempted to carry out the shooting were just poor people who the scorned drug lord paid to carry out the attack, doing anything for some money. With them in custody, this does not mean that David Ortiz is safe to return to the DR.

This, of course is speculation. I know from personal experience that sorting out real facts from such a violent crime that occurred in a crowded, public place can be a daunting task. But my guess is that Garcia, whose post-beating likeness can be seen below, may offer a wealth of information. He botched the murder attempt and failed to escape. Stay with CelticsLife for much more info as it becomes available.

Shortly after being shot, and while receiving immediate treatment, Big Papi asked, "Please don't let me die. I am a good man." He IS a good man - one of the very best - and the good news is that we won't be losing him. Get well very soon, Big Guy!