Could KD also be having second thoughts about teaming up with Kyrie?


Is Kevin Durant having second thoughts about teaming up with Kyrie Irving with the Brooklyn Nets?

With ESPN's Adrian Wojnarowski reporting KD may be open to teaming up with Kawhi Leonard on the Los Angeles Clippers, the question must be asked if Irving's baggage is causing both teams and potential teammates to question the wisdom of linking up with the erratic point guard.

After holding his last two teams hostage while looking for whatever Kyrie believes is what he's looking for, front offices and teammates alike would not be wrong to worry about a repeat performance even if they have the star under a long-term contract. 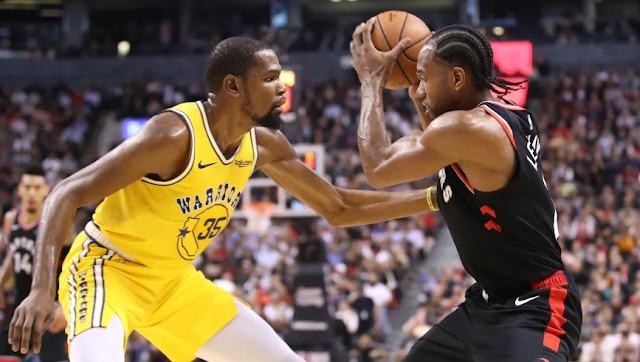 Having years left on Irving's deal did not prevent Irving from forcing his way off the Cleveland Cavaliers, and while far from the only issue plaguing Boston last season, certainly did not show veteran leadership skills or the desire to win when it counted most, either.

With rumbles the Brooklyn Nets franchise being as split as the fanbase on the wisdom of bringing on Kyrie without Durant or at least another top-tier talent, such consideration by potential teammates isn't just possible, but probably wise due diligence.

For much of the rest of the league, the prospect of Leonard not teaming up with LeBron James and Anthony Davis for the other L.A. franchise -- the Lakers -- would be a considerable relief in a season without a Durant and Klay Thompson (wherever they end up).