Boston Celtics Hall of Famer Larry Bird was honored by the NBA during their regular-season awards show Monday night. 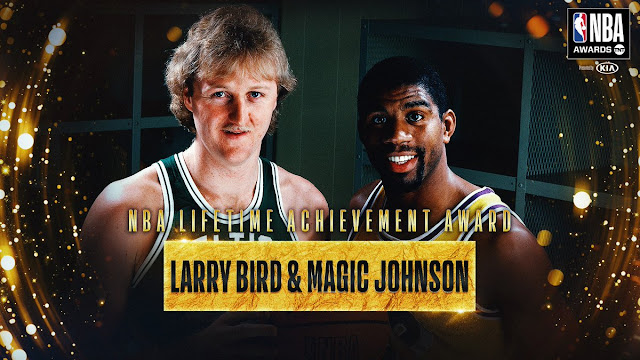 Shared, as have been many things throughout the years of their storied rivalry, with former Los Angeles Laker, arch- nemesis and friend Magic Johnson, the duo were co-recipients of an award long overdue to both in the eyes of many, even if the league's award show itself is a recent (and, according to many, poorly-organized) event.

Larry Legend, a 12-time All-Star and three-time champ among many, many other honors, is the sole player to receive league-wide acclaim not only as a player, but as coach (he won coach of the year in his first season at the helm of the Indiana Pacers) and general manager (he also won executive of the year with the same team in 2012).

Watch the video above to hear his acceptance speech...with Magic, of course.