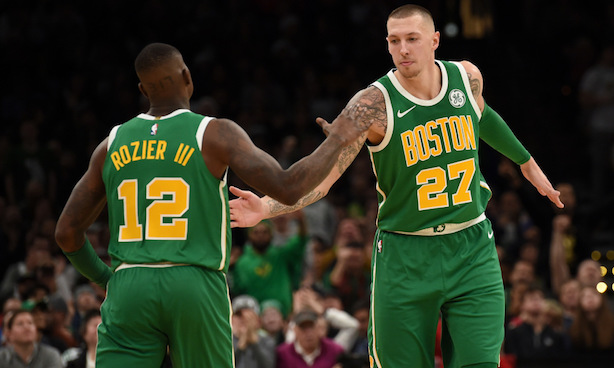 No surprises here. The Celtics will likely be withdrawing the qualifying offer to Rozier once Kemba walker officially agrees to sign. This just covers the Celtics if something goes horribly wrong with the Kemba signing. Assuming, that goes as planned, Rozier will then become an unrestricted free agent. He should be able to make some money as their are a lot of teams with cap space and only so many stars available.

Happy to hear that the Celtics aren't moving on from Theis. Boston will likely match any reasonable offer he gets from another team. The Celtics will likely preemptively try too sign him on their own.

In other Celtics news:

With the expected signing of Walker and after drafting a couple point guards, Wanamaker might see a better route to minutes somewhere else.