The suspect count in the attempted murder of David Ortiz has now risen to a total of seven, with one of the seven still at large. It is now clear that this was not a robbery or a random shooting, but rather a multi-person, planned assassination that fortunately went awry. 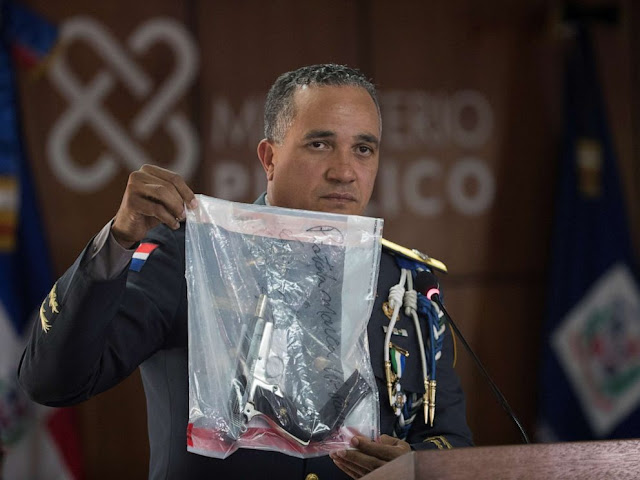 The handgun allegedly used in the hit (seen in the photo above) was recovered by police in the home of one of the suspects (Per NBC News' Bill Hutchinson and Joshua Hoyos):

Prosecutors and police said Wednesday that the suspects set out to kill the retired baseball player to collect an $8,000 bounty placed on his head.

In a news conference in the Dominican Republic, Ney Aldrin Bautista Almonte, director of the national police, showed reporters the handgun used in the attempted hit job on Ortiz Sunday.

A manhunt was on late Wednesday for a seventh suspect. He was identified by police as Luis Alfredo Rivas Clase, who also goes by the nickname "The Surgeon."

Almonte said all seven men were part of the murder plot that left Ortiz with a bullet wound to the back.

The $7,800 bounty supposedly given to the alleged perpetrators tells us one thing - that the group of would-be assassins were not chosen for their proficiency at carrying out the evil task. Thus, they failed. And as I predicted in my initial article on the incident, they were all too eager to implicate others involved (per NBC News' Bill Hutchinson and Joshua Hoyos):

Police said the handgun used in the attempted hit on Ortiz was found buried near a house in Mao, about 100 miles southwest of Santo Domingo, where one of the suspects was arrested.

What remains in question is the motive for the shooting. An article that appeared on June 10, 2019 in Barstool Sports cited a second article from Diariolibe.com related to the attack on David Ortiz. The police have been very quiet on a possible motive for the shooting, and I will be the first to state I have seen nothing whatsoever to corroborate the information seen below. I offer it not as evidence of a motive, but rather information that may possibly have significance to the case. The Spanish version is first - followed by the translation that appears to be correct via Barstool Sports. 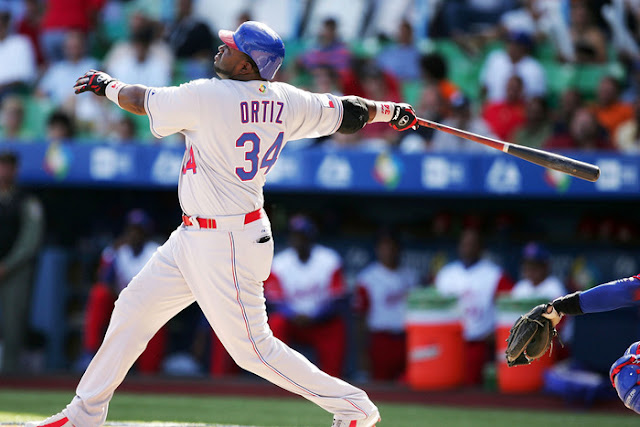 The investigations into the attack against David Ortiz are moving fast. The Attorney General Jean Alain Rodríguez had already warned this morning that the case did not correspond to a robbery or an action of street violence. Everything pointed to the fact that it was a personal settling of accounts.

Big Papi friends count, asking absolute confidentiality, that they had already warned him of the danger he was running. Ortiz would be seeing a woman, related to a suspect being involved in matters related to the world of drugs.

Despite the warnings from his inner circle, these sources comment, Ortiz continued to frequent the company of the woman. This would have incited crime.

One other item is unclear. Do the police have in custody the person that physically shelled out the $7,800.00 to the shooter and accomplices - and would that person be willing to implicate the top link in this horrible act - the person that may have ordered the execution. We will have more information as it becomes available.

Right now, we are awaiting news that Big Papi is finally out of danger. The confiscated handgun is large and appears to be in the 9 millimeter-to-.45 ACP range. The fact that the bullet fired into Papi's large frame penetrated his body completely means it did not expend all of its energy while still inside his back and abdomen. That is much-needed good news. Hopefully, the bullet was not of the hollow-point or modern self-defense versions.

Papi is still in Boston - where he belongs. He is at Mass General and surrounded by his adoring Boston fans - who all wish him a quick and total recovery.