What are Celtics options for starting point guard next season?


Let's face it - this off-season is going to be wild. I can't wait to see what transpires with the Celtics. Rumors are flying about Kyrie Irving heading everywhere but the Aleutians - and that includes the Los Angeles Lakers. I'll start with Mark Van Deuson's tweet below: 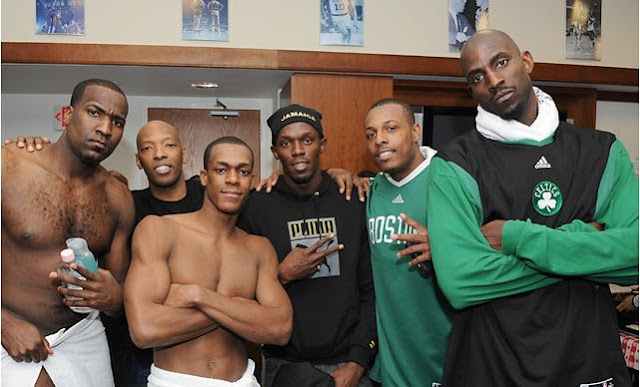 Pick a Celtics starting point guard for next year:

I always liked Rondo and still do. He will be an Unrestricted Free Agent and earned $9 million this past season. Isaiah Thomas? He also is an UFA and made $2 million this season. Nobody seems to be lukewarm on Kyrie Irving - they either love him or hate him. He is still young and exhibited many of the immature and unprofessional indicators that reminded me of me at that age. If he gains both qualities, he will be dynamite. I think Terry Rozier has a real future in the League - but not as a point guard.

Why is Marcus smart not an option?

Indeed! Why is Smart not in this conversation? Well, he's about to be. Marcus shot 42%/36%/81% this season on field goals. 3-pointers and foul shots, respectively. He was only 37%/30%/73% last season. If Kyrie departs, he gets my vote to be the starting PG. He has size (6'4"), passing ability, defensive intensity, fiery determination to win - and now he can shoot. He is strong as a bull and can guard almost any opponent in a switching defense. And I have watched Smart transition from an errant shooter and erratic personality to a dependable individual that may possess leadership qualities. Give your thoughts in the coment section.

On to other possibilities. Kemba Walker, Malcolm Brogdon, D'Angelo Russell and Ricky Rubio are all free agents this summer. Both Brogdon and Russell have the size (6'5") for Boston's switching defense, but both are restricted free agents. Should the Celtics actively go after any of these possibilities? Vote for your choice in the Twitter poll.

Which of these free agents should the Celtics go after this summer?