I may be no fan of the Golden State Warriors, but to deny the gravity of their accomplishments as a Boston Celtics fan would be the height of hypocrisy. 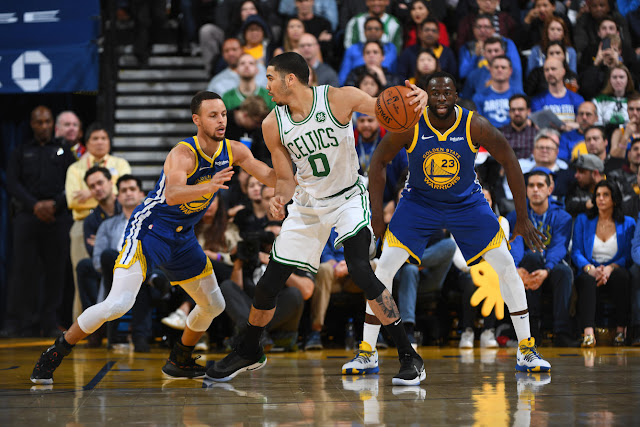 We all love to rub the number of banners hanging in the Garden in the face of opposing fans when they start to feel themselves for besting a more recent iteration of our favorite team, but, truth be told, not even Michael Jordan's Chicago Bulls were as close to the Celtics at the height of their powers.


They swept the Conference Finals down 3 of their 6 best players including an in-his-prime MVP.
— Adam Mares (@Adam_Mares) May 21, 2019

This Warriors team is making life miserable for teams without a pause unparalleled since the G.O.A.T. was suiting up -- and I'm not talking about Mike. The Bill Russell-led Cs were the last outfit to make it to the NBA Finals for five consecutive seasons, with MJ having given opponents a reprieve mid-dominance cycle to try his hand at baseball.

While I, like you, plot and scheme how our beloved Celtics will end that cycle of dominance to assert another such era of our own, it'd be a shame to pretend the Warriors are doing anything less than what the Celtics first unleashed upon the NBA all those years ago.

Now, they just need another 11 banners to catch up.