Robert Williams plans to work on "everything" this summer


The Timelord has a plan for summer.

Of course, being a master of time has its advantages, when "summer" ends, who knows how much work Boston Celtics big man Robert Williams will have put in? However long Williams chooses to make his offseason in terms of training, it certainly doesn't lack in areas where he plans to work. 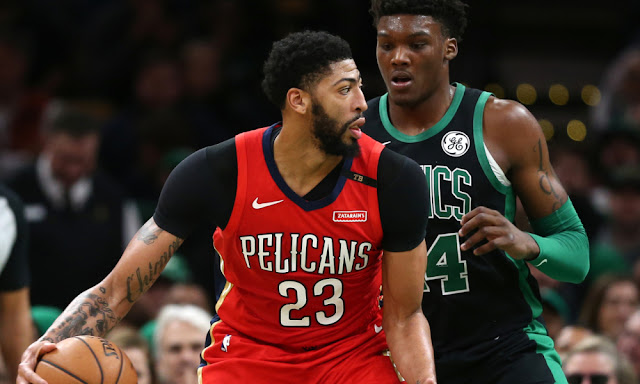 Said Robert of what he is going to focus on (per the Boston Herald's Steve Bulpett):

"Everything ... I have to work on everything. There’s no limit. Everything ... Simple as that. Everything. ... You see there’s a lot of great people in the NBA, and obviously I want to stay in the NBA, so it’s all around motivation. That’s what I have to take into the summer. That and this being my first year, it just pushes me to want more. So it’s going to be an all-around grind."

This is exactly what you want to hear from a recruit many worried didn't have the on- and off-court motor needed to succeed at this level, and despite Boston's top-heavy frontcourt rotation, Williams still managed to tie mentor Al Horford in blocks per game despite averaging only eight minutes per contest.

Speaking of Al, Robert had high praise for his teammate (per Bulpett):

"I feel like Al’s obviously a great person for anyone to watch play, you know? Not just me ... And that’s on the court and off the court, he’s a guy you want to watch and learn from. He led by example all year, and we had conversations about certain players or something that happened in the game, things like that."

Timelord's not wrong; while Horford's leadership style might have been quiet, the results his silent leadership created was never more evident than in this chaotic Celtics season, a rock for Williams and other younger Boston players to gravitate towards in the many tough nights team cohesion was not otherwise manifesting.

With a full summer to train, Timelord and company should be able to come back not just physically stronger and more skilled on the court, but, hopefully, with those off-court skills learned from his peers to position both himself and the Celtics for success next season.