I know what Danny Ainge wants to do this summer; you likely do too, if you're reading this.

However, fewer of us know how Danny might plan on trying to construct a deal for Anthony Davis this offseason, and even fewer know it better than Boston Celtics fan and NBA salary cap guru Ryan Bernardoni, known in the NBA Twitterverse as @Dangercart . 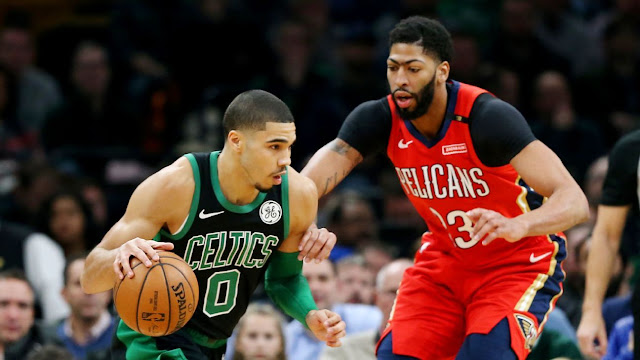 Ryan recently gifted us a comprehensive guide to what trading for AD might look like (which you should most definitely read in full), which I will give a very top-level summary below; some of the most important points:

DESIGNATED ROOKIE EXTENSIONS - Boston cannot trade in deed (rather than in promise) before July 1st due to league rules.

SALARY MATCHING RULES IN TRADES - while it's far more likely Boston will need to offer at least 80% and $100,000 dollars of the salary coming in, there is a path where salary matching is not an issue.

PLAYER OPTIONS - Al Horford and Aron Baynes each have one, and have something akin to a no-trade clause as such if they want one. Kyrie Irving has one, too, but it's effectively a given he'll decline his.

TRADING NEW DRAFTEES - Players who were added to the roster cannot be dealt for 30 days unless the picks which take them were exchanged before they sign their rookie deals.

ANTHONY DAVIS'S TRADE BONUS - AD will get a 15% raise upon being traded unless he chooses to waive it in the interest of facilitating that deal. Why would he do this? Read the article to find out.

There's even a comprehensive section on sign-and-trades, which may be a key tool for Boston if their luck continues to run sour. I can't recommend this piece highly enough, so check it out for everything I didn't mention above, which will be an invaluable tool for sorting through the inevitable bad intel that arises when players of this magnitude are poised to move.