Is it time for another south paw to join the Celtics ranks? Maybe. Tiny Archibald, Dave Cowens and Bill Russell were all lefties. Belmont University's Dylan Windler is another left-handed shooter that at least will try to show the Celtics what he can do as he heads to Boston for a pre-draft workout. 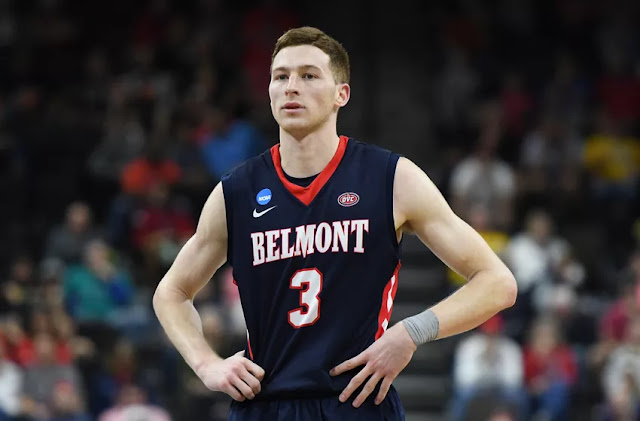 Most mock drafts project Windler being taken in the late-first round to mid-second round. It seems doubtful that Dylan would drift down to Boston's #51 pick. He is an exceptional shooter and rebounder with perfect size at the wing position. But there will be doubt about his ability to perform at the NBA level, despite his length and quick release.

The Celtics could possibly take him with their 22nd pick or buy an early second-round pick if he drifts out of the first round. He is an intriguing prospect, largely due to his ability to hit from well beyond the 3-point arc. NBA teams won't pass him over him for too long in the draft.