May 14th NBA Lottery has importance for the Celtics


It looks like the Celtics will have three picks in the 14-22 range in the 2019 NBA Draft. The Sacramento and Clippers picks - plus their own. The Lottery is set for this Tuesday, May 14, 2019, and Danny Ainge will have an interest in where the Memphis pick lands. It coveys to Boston if it lands outside of the top-8. 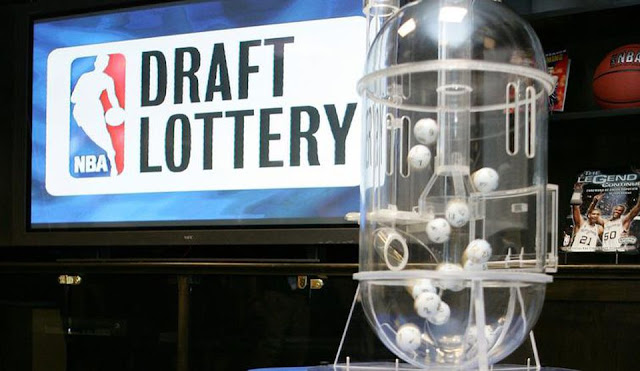 Most analysts agree that it is in the Celtics best interests to have the pick not convey since it will only be protected 1-through-6 next year - and unprotected in 2021. Let me say first of all, that if some level of agreement is reached with New Orleans on an Anthony Davis trade, Danny may be drafting for NO. Particularly if the pick lands in the #9 or #10 area, there may be a player coveted by the Pels - or frankly by Ainge if no trade is happening.

The Grizzlies lottery pick has a 42.6% chance of getting passed to Boston, with a 34.1% chance of landing at #9. If that happens, The Celts end up with four picks in the 9-22 range in the first round. Let's not forget that two Bucks were taken in that range (and lower) - Giannis Antetokounmpo at #15 and Kris Middleton at #39. Kawhi Leonard is still playing in the post-season and was drafted 15th overall. Our own Paul Pierce was chosen by Boston with the 10th overall pick.


This draft is supposedly top-heavy, but two-way forward Nassir Little may still be around when the Celtics pick, and if they want to go big, 7'2" Bol Bol may drop to the 9-14 range. Ainge most likely doesn't want four new young faces on the squad, but four mid-first-rounders could be traded to move up in the draft, or used to trade for a proven commodity. The options are many.


It all starts with the Lottery in four days. I am hoping that Memphis pick falls to #9 or #10 - gets conveyed to Boston - and Danny uses it well. Danny can most-likely find a trade partner prior to draft night. How about the Clippers? Montrezl Harrell would be a great addition to the Celtics. He is due $6 million next season - and by the way, he was taken with the 32nd pick by Houston.