Reports of the Boston Celtics' demise are (probably) greatly exaggerated.

I know more than a few of us have been somewhat demoralized after the team's lackluster performances in both the regular and postseason, but things are likely less bad than you think.

Let's take stock of the absolute worst-case scenario, at least from a basketball logic divorced from the feelings many have about several players who under-performed at crucial moments throughout the year. 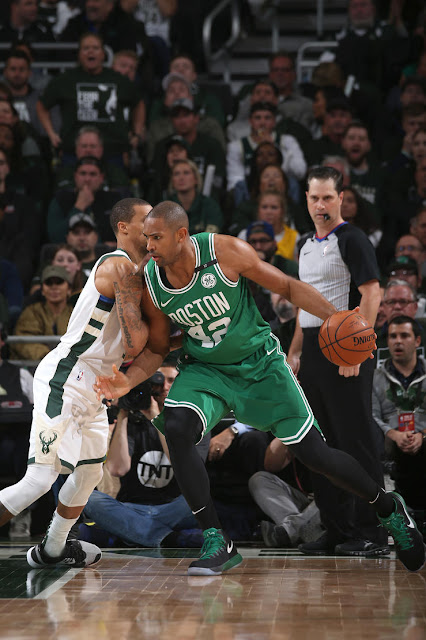 This alludes to, of course, the possibility of Kyrie Irving leaving in free agency, and, if unable to replace his capabilities via some other means, Al Horford joining him in search of whatever it is he feels he needs at this stage of his career.

This would leave Boston with plenty of talent under contract with assets to take a swing at more in the draft or through a trade. While the team would likely take a step back in terms of expectations, it would also likely be possible to use that situation to dip back under the cap to prevent a triggering of the repeater tax too soon.

It could be used to sign or absorb a max contract player to try and stay in the contention picture or gain more assets for later on in the young core's trajectory. But before I get you dizzy with all of the possibilities out there the Cs could avail themselves of, let's review what would be left on the team in this so-called doomsday scenario of Kyrie and Al peacing out.

As far as the roster itself goes, Gordon Hayward, the Jay Team (Jaylen Brown and Jayson Tatum), Marcus Smart, Robert Williams, Semi Ojeleye, and Guerschon Yabusele would be under contract, opening up as many as six slots to the regular roster with the departure of Irving, Horford, Marcus Morris, Aron Baynes, Terry Rozier, Daniel Theis, and Brad Wanamaker.

Al joining Kyrie would bring Boston's payroll to just under $72 million in a season where the cap is expected to be at $109 million, creating just shy of what would be needed for a free agent with 10 or more years experience (cutting Yabusele and not bringing back Baynes would probably be enough to get you across the finish line in such a scenario).

“It’s going to be a really challenging offseason for me with the work that I’m going to put in and I’m looking forward to attacking that." pic.twitter.com/sJXh0nnt9c
— Boston Celtics (@celtics) May 9, 2019


Kyrie going and Al staying (but not renegotiating) would really only offer tax relief for a season clocking the payroll in at $102 million that would probably be eaten up by incoming draftees if the picks are used; there are ways Boston could fill out their roster and stay below the tax in such a scenario, but it'd likely require consolidating some player contracts and/or picks to get there.

The draft picks the Celtics currently possess include the Sacramento Kings/Philadelphia 76ers pick the team received trading back for Tatum, a first-round pick owed to the team by the Los Angeles Clippers, and their own pick that will convey this season, as well as a First Rounder owed by the Memphis Grizzlies which may convey if the lottery sends it outside the top-eight protection it has this season.

#Celtics Aron Baynes: "Disappointing unfulfillment is definitely what I’m feeling right now. I love Boston. I love the coaching staff that we have here. I love the players we have here. It’s just that we didn’t play well on the court together." @CelticsCLNS @CLNSMedia
— Scott Souza (@Scott_Souza) May 9, 2019


We won't know where (or if) that pick conveys until the lottery takes place next week, nor if the Sacramento pick will convey (there is a small chance it will land #1 overall, sending it to the 76ers and granting Boston their pick), but we don't have long to wait to know whether the team will have one or two lottery picks, and one or two more in the late draft.

I won't go into finer-grained detail as to who Boston ought to deal in exchange for what player before we even know whether something resembling the Anthony Davis deal hanging over the club for much of the season takes shape (never mind the status of Kyrie and Al themselves), but given the positional issues the team will have will be squarely in the realm of a starting caliber guard and a versatile big or three, we can get some general ideas of who might be available and a good fit.

#Celtics Jaylen Brown said he still feels C's are building toward something here and hopes to be part of it. Indicated he will listen to any rookie-extension offers from C's this offseason. @CelticsCLNS @CLNSMedia
— Scott Souza (@Scott_Souza) May 9, 2019


Bringing back the likes of Morris, Rozier and Baynes may not be especially appealing to some after last season's rollercoaster ride, but given the fact that roughly half the league will be able to hit the free market, even the end of many of the bad deals signed last time there was significant cap space around the league may not be enough to get good players the deals they were hoping for.

This gives the Cs an opportunity to land some valuable contracts whether they choose to hang onto the players or combine them down the road to make the leap back towards contention sooner than they would otherwise. And how Hayward and the younger core perform together with a new season (and, hopefully, dynamic) may have a lot to do with that course of action.

“It starts and ends with @KyrieIrving.”@ripcityhamilton weighs in on the #Celtics plan this offseason. pic.twitter.com/voF0ePNL1E
— Stadium (@Stadium) May 10, 2019


As far as free agents go, Kevin Durant and Kawhi Leonard top the list of players not on Boston's payroll now, but are probably unlikely targets without at least Horford returning, the latter probably in any scenario. But Kemba Walker, D'Angelo Russell, Klay Thompson and Tobias Harris should at least be given some thought if the space opens up to sign a max player.

Some other options which might be a good value on short years or value contracts should the game of musical chairs shut out some of the middle-tier deals include Julius Randle, Nikola Vucevic, Demarcus Cousins, Brook Lopez, Nikola Mirotic, and Danny Green.

There's plenty of restricted free agents who might be able to fill some of the potential holes in the roster, too, but I think it very unlikely Boston goes that route unless a cascading series of failures unfold I don't expect to materialize.


Perhaps more important than any of this, however, are moves that could be made to repair the culture shaken up by the Isaiah Thomas trade (and subsequent Irving era) in terms of hiring assistant coaches and consultants, particularly in the wake of A.C. Micah Shrewsbury's departure to return to a similar role at Purdue.

This article isn't meant to blow smoke up your ass. However we feel about Kyrie's leadership, the team would be significantly harmed by his departure and potentially more by Horford's. It's not advocating for such a path, nor offering any suggestions on what, exactly, the team should be doing going forward before we even know what "forward" might entail.

It IS meant to give you a better picture of the team's potential range of choices should the worst (or something approaching it) end up going down. While not the vision of contention the fanbase had so willingly embraced a little over a year ago, it's not the apocalypse some of us are envisioning now, either.

More than likely, the end result will fall somewhere in the middle, as these things often go. And I don't know about y'all, but despite my anguished proclamations post-elimination last week, I'll still be a fan, still be writing these articles, and still be watching these games - I hope you will be too.