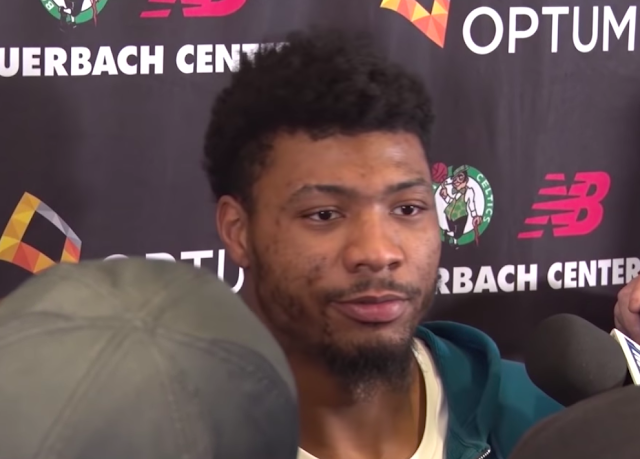 The 2018-2019 Boston Celtics season ended as it started: painfully. After sweeping the Indiana Pacers in the first round, the Celtics, thanks to their inconsistent play all year, had to face the league's best team -- the Milwaukee Bucks -- in the second round. Which meant having to deal with a dude dubbed a "freak." Enough said.

I don't need to tell you what happened. If you're on this site, you already know. But, for those who've been sulking over the impending end of Game of Thrones and haven't been paying close attention, the Celtics took Game 1 from the Bucks in Milwaukee, then went to sleep, losing the next 4 in a "gentlemen's sweep" of disappointing proportions. Boston was as inept in Games 2-5 as they were spectacular in Game 1. Dominant defense was swapped in for lackadaisical red carpet service to the bucket. Crisp, selfless ball movement was substituted for asinine iso ball and WTF shot selection.

Truth is, I wasn't even mad. I was disappointed, mostly because I wasn't surprised. Because the Celtics proved to be -- as I said in the opener -- painfully inconsistent all year. But the offseason has now unceremoniously been bestowed upon us, a month earlier than we had hoped. And while the Celtics no longer have any games to play, a much bigger game is currently taking place: The Blame Game.

Is it Brad Stevens' fault? Kyrie Irving's? Jayson Tatum's? The bench? The answer is yes. It's all their fault. However, Kyrie is the one in the headlines taking the brunt of the heat. As the leader of the team, that's what he wanted when he asked for a trade out of Cleveland.


Currently, and for the foreseeable future, a finger the size of the Charles River is being point in Irving's direction. Not just because he was the leader, but because there's this tension-filled feeling that he's the cause of the Celtics chemistry woes. After all, Boston was 5-minutes away from a Finals berth last season, sans Kyrie and Gordon Hayward. So, it has to be Kyrie's fault, right? Not according to the quintessential Celtic, Marcus Smart, who sounded off to reporters regarding the notion that the Celtics postseason failures rest on the shoulders of Uncle Drew.

That's bullshit...He had to come into a situation knowing that this is a group of guys that had something going before [he came] here. This is Kyrie Irving and he's talking about coming in and disrupting us. That's just a bullshit statement to say that his leadership killed us. It's four other guys out there. It's 12, 13 other guys on the team.


Marcus is spot on here as far as I'm concerned. This isn't a one-man show. It's a team effort. Yes, Kyrie couldn't approached his leadership differently this year. 100%. He could have pulled Jaylen Brown, Jayson Tatum, Terry Rozier, etc. to the side to privately give them a "I've been in your shoes talking to" instead of going to the media.

Kyrie could've simply gave a crumb or two to reporters regarding pending free agency versus dismissively announcing "ask my July 1st" in his oft mercurial tone, causing disarray in the locker room. And, of course, he could've hit some damn shots against the Bucks instead of resorting to hero ball. He could've played some "D" as well, like he was doing all year, instead of lazily jogging back, missing assignments, causing teammates to switch and rotate, triggering resentment and, yes, more finger pointing.

No sooner had the season ended did the killer commentary start to fly.

Celtics player on Kyrie Irving, reportedly: ‘He’s hard to play with. It’s all about him’ https://t.co/UQ2PGEZevS
— Kurt Helin (@basketballtalk) May 9, 2019

Anonymous player, huh? You don't say. I, for one, don't care for anonymity. Give me a name or it didn't happen. What did happen, however, is a certain heart-on-his-sleeve, ride-or-die-for-the-green true Celtic coming out in Kyrie's defense. His name is Marcus Smart. If Marcus said Kyrie wasn't the issue, well, I'll take that any day over something that, for all we know, was overheard at Dunkin' Donuts on Causeway St.

"When you play the Game of Thrones," as we fans of the show know, "you win or you die. There is no middle ground." But what happens when you play the blame game? Time will tell. For now, I'm calling B.S. right alongside Smart.