Kendrick Perkins opts out of joining BIG3 - Can he be heading to Boston?


Let me be the first to firmly state I may have this all wrong, but the evidence is mounting. Former Celtic, Kendrick Perkins, was scheduled to join the BIG3 League this summer, but has now opted out. Celtics Assistant Micah Shrewsberry is heading out of town - Kendrick was vocal about Kyrie Irving disrespecting Boston and the Celtics - and suddenly Perkins bows out of playing for the BIG3. 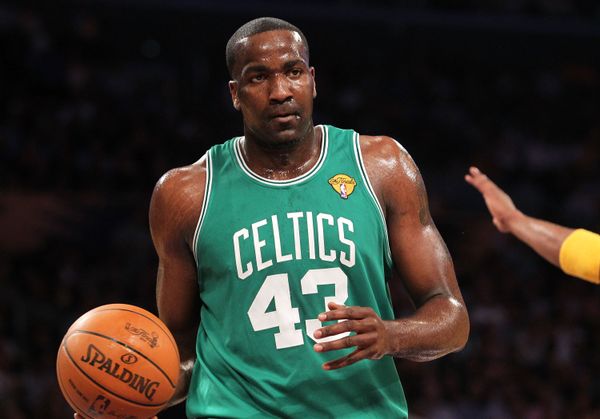 Kendrick Perkins has opted out of joining the BIG3 this season and as a result, the Aliens have called up former Killer 3s big man @TheRyanHollins 👽👽👽 #BIG3Season3 pic.twitter.com/JpyRCg3mJh

If I'm the Celtics and I want Kyrie back, here's what I do: I hire an assistant coach who has some cred and who can help keep Kyrie in line. Maybe James Posey. Maybe someone like Kendrick Perkins. Someone who can help Stevens and has some juice in the locker room.

"In this series I think the way Kyrie went about it was disrespectful to the city of Boston, disrespectful to the organization and he didn't represent what Celtic Pride is all about... He was a bad leader and it was proven he's not a Batman." — @KendrickPerkins pic.twitter.com/OcUQG8rJ6V

Okay, you have seen the tweets. Things are happening very quickly. Once again, this is pure speculation on my part, but don't be totally surprised if Perkins joins Brad Stevens at courtside. Kendrick wasn't the most-skilled Celtic to ever don the green jersey, but he was tough - dedicated - knew his role - and played it well.

How often have we seen it. Less-skilled players making great coaches. Maybe the lack of talent forces them to employ savvy and craftiness to survive in a tough League. And they have the ability to have that translate to the coaching ranks. Perk already approached Danny Ainge about finishing his career in Boston. Danny canned the idea of Perk-as-player, at least at the time. But Perk-as-Coach may be a good fit. Let me know what you think about the possibility of this happening - and will it be successful.