Kyrie Irving per Jackie Mac: "I wish I could have done that differently."


Jackie MacMullan's book isn't out yet, but she shared parts of it with Brian Windhorst on his podcast. One of the questions she had asked Kyrie Irving and others concerned the biggest shot they hit - and the biggest that they missed. Kyrie gave no example of his biggest miss, but he did supply information on at least one major regret that he had while playing in Cleveland. Jackie Mac's interview with Irving may have implications for Kyrie's future. 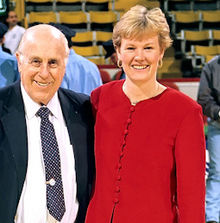 As MacMullan relates it to Windhorst, after a a bad game on Fan Appreciation Night, Irving did not come back out after the game, and he has deep regrets about that. "I regret not going back out there" was his statement.

Jackie indicated that there is regret with Kyrie (per Jackie MacMullan):

There is a person (Irving) that is introspective enough that when time passes and he looks back on the mistakes he has made, he has the capacity and willingness to say, "I wish I could have done that differently." And I think that's important as we go forward here.

Young people have few regrets. Old folks usually have many. Irving is young, and to have regrets - and to verbalize about them - is a good sign. I believe that is what Jackie Mac meant about his regrets being important "as we go forward here". I have written that the Celtics maladies are treatable. And that includes Kyrie's piss poor, surly attitude after bad games. Many Celtics fans would drive Kyrie to the airport right now to get rid of him. He has superstar skills, but an unbearable manner when things don't go his way. Time and contemplation care cure that. And hopefully, they will.