I don't recall it, but it happened in December of 1991. Charles Barkley was exiting a bar - was supposedly confronted and threatened by three men - and took all of his clothes off (it was snowing) and did a Karate Kid impression in the snow (per SI's Dan Gartland):

During Wednesday night’s edition of “Inside the NBA,” Chuck gave his hilarious account of the time he was arrested in Milwaukee after being accosted by three guys outside a bar at 2:30 a.m.

“I took all my clothes off because I had these three guys who were trying to beat me up,” Barkley said. “I wanted them to think I was crazy [because it was snowing]. I was improvising, I’m like the Marines.”

Barkley, who described the men as “weightlifters,” further improvised by employing tactics from The Karate Kid.

“This one guy kept standing right in front of me,” Barkley explained. “I said ‘wipe on, wipe off’ and two guys backed up. This one fool was standing right there and I hit his ass as hard as I could. I broke his nose. No shirt, no shoes, no problem.” 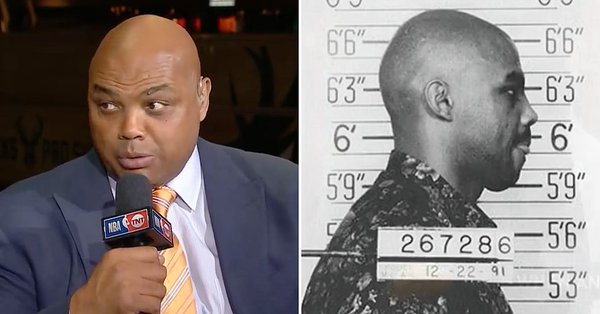 Sir Charles was arrested, but later found not guilty of charges of Battery and Disorderly Conduct. I apologize to my readers, but I am unsure if the Disorderly charge stemmed from the punch Barkley threw or the fact he was publicly naked in a December snowstorm acting "crazy". Just the vision of it prompts me to end this article.