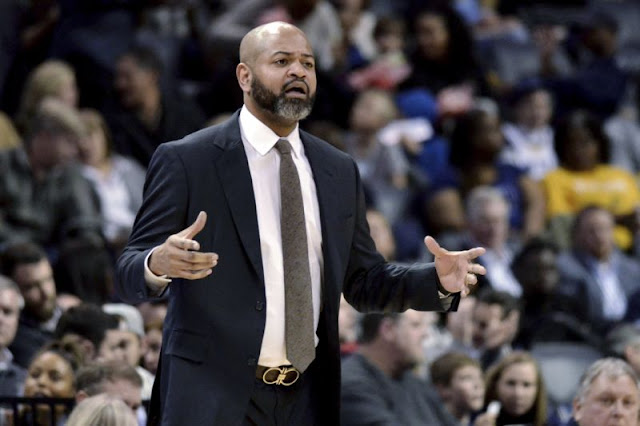 Bickerstaff, who was in the running for head coach of the Cleveland Cavaliers before that gig went to former Michigan head coach John Beilein, was recently interviewed by Stevens for the vacancy opening up with former assistant Micah Shrewsbury re-joining the Purdue Boilermakers' basketball team in a similar role.

J.B. might be just the sort of replacement Boston would need, with some legitimate coaching cache as former interim coach of both the Houston Rockets and Grizzlies, the latter of which elevated him to full Head Coach duties last season.

David Fizdale does not appear he will add his former Memphis assistant .JB Bickerstaff to Knicks staff. Per source, Celtics HC Brad Stevens interviewed Bickerstaff last night at Chicago combine. Celtics is losing assistant Micah Shrewsberry to Purdue. JB had been up for Cavs HC.
— Marc Berman (@NYPost_Berman) May 16, 2019


Bickerstaff's former stops as a team's head honcho were relatively successful, more than doubling Memphis' win total from 2017-18 to 2018-19 despite multiple injuries to key players, and has experience working with both rebuilding and playoff teams.