Isaiah Thomas-to-Boston works - from both a business & moral standpoint


Almost two years ago, when I was pleading with CelticsLife to put me on their staff, my sample article was about Isaiah Thomas and how size does matter on a team that goes for height at every position. Not that my story had any impact, but, as we know, Isaiah was sent packing in a trade for Kyrie Irving - a trade I still maintain was the right one - from a business standpoint. Now I am saying that bringing Isaiah back to Boston, most likely off the bench, works from both a business perspective and a moral one. 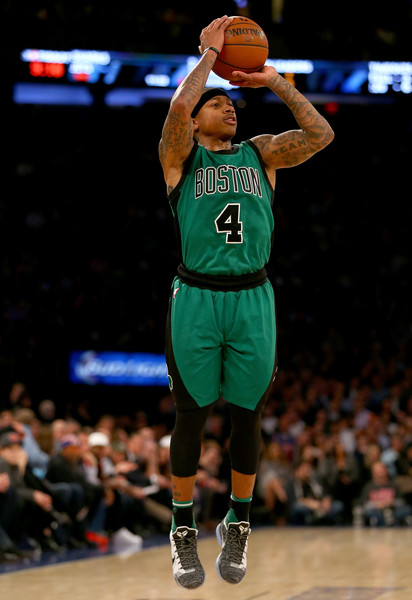 No one can convince me that Thomas has no place on the Celtics team. He may still be a liability on the defensive end, mainly because of his 5'9" height, but he uses that same lack of stature to befuddle defenders on the offensive end. At the vet minimum, and getting 16-20 minutes per game (initially), it makes sense. Hell, the Celtics still need a big shot-blocking center in the middle anyway, and that would partially negate Isaiah's defensive short-comings (so to speak).

Thanks for signing and returning the Celtics Isaiah Thomas #4 jersey. We hope to see you back in it! pic.twitter.com/XTkzTLt3Nm

Isaiah needs a comeback, and the right team. Boston loves the little guy, and IT had his best moments here. After the C's fall-from-grace, they need a good story. This is one of them - as is my stand that the 6th-Man-of-the-Year needs to be named after John Havlicek. Danny can find a spot on the roster for IT. Make it happen.