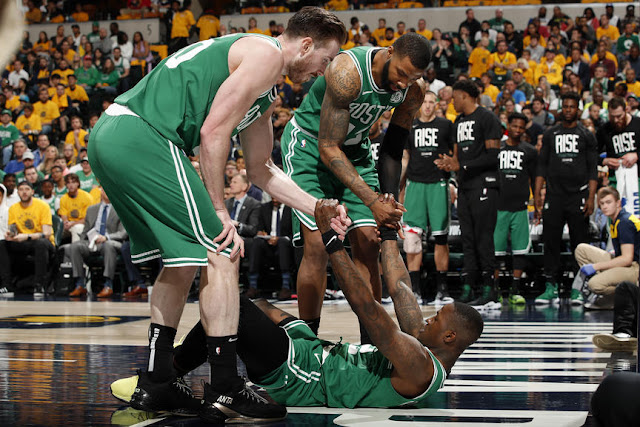 There really needn't be more of an explanation for why this year's NBA end-of-season awards is bereft of players wearing the green and white of the Boston Celtics.

While Kyrie Irving undoubtedly played some of his best regular-season ball in 2018-19, it didn't even net his team fifty wins, and that lack of success certainly didn't help his case.

The NBA has released the finalists for its end-of-season awards. pic.twitter.com/paGHjezcab
— Rachel Nichols (@Rachel__Nichols) May 18, 2019


With so many mouths to feed and such an unwillingness to share, no other Celts really stood out, either, despite a sizzling start to Marcus Morris Sr.'s season (he was a 50-40-90 player before fizzling two-thirds of the way through the year), Jaylen Brown's late surge and Al Horford's steady hand, this team was really nothing to write home about...

...which encapsulates the season, more or less; on to the next one.