After yesterday's reporting that the Boston Celtics have been speaking to the Houston Rockets about potential trades, we have a little more context from Basketball Insider's Steve Kyler. 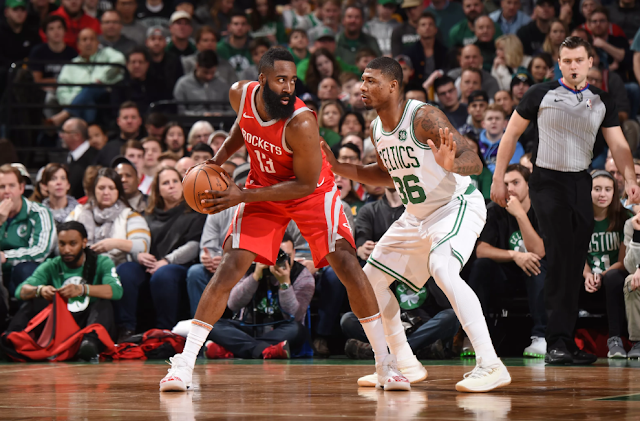 Speaking on his mention of Boston's involvement, Steve noted the team was actively looking for ways to build around Jaylen Brown and Jayson Tatum, with people close to the team skeptical they can retain Kyrie Irving's services in future seasons.

There's a lot to unpack here in just a few words, but, if Kyler's intel is solid (and if we're being honest, there should be nothing surprising here, more on that shortly), we can safely assume that there is a contingency plan being explored, and that that exploration may end up coming to nothing for a number of reasons ranging from Irving actually resigning, Boston trading for Anthony Davis or some other star, or even something as simple as a deal ending up getting made with some other team or not at all.

I can help a little... The Celtics have been actively exploring trades, and draft scenarios for players that would better lineup with a future built around Tatum and Brown... sources close to the team are skeptical that they can get Irving back but remain open to re-signing him. https://t.co/uUxWHyYifM
— Steve Kyler (@stevekylerNBA) May 31, 2019


We can also read that there is legitimate enough concern about Kyrie that the team is getting its ducks in a row in case this doesn't work out for them. This is not a sky-is-falling scenario; it is a good management strategy.

So, as I noted yesterday, try not to get too high (or low) on any potential deals with Houston. This is likely the first of many such instances of chatter plausibly linking Boston to other teams' plans. We'll be hearing more in a hurry if these talks ever end up gaining real traction.