Shrewsbury, a significant part of building Boston's vaunted defense over the last few seasons, held the same job at that university before joining Brad Stevens on the Cs, having also served in such a role for Stevens in his time as head coach at Butler. 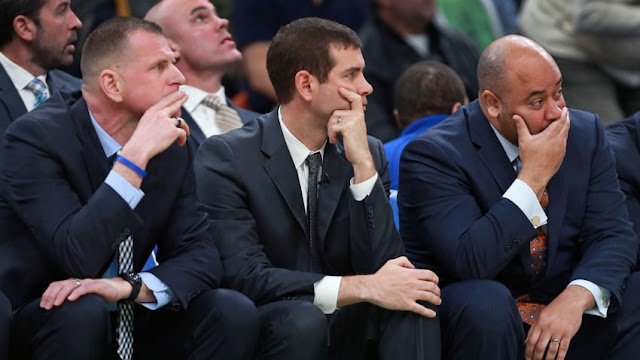 While Purdue coach Matt Painter could not yet comment on the hire due to NCAA regulations, he had the following to say about what he was looking for in filling the role Shrewsbury will fill (per Nathan Baird of the Lafayette Journal & Courier):

"Just trying to find someone who fits in with us ... It's a good coach, it's a good person, someone that's familiar with our area, that's recruited in our area before. All of those qualities are what we were looking for there."


For Boston's part, he will be missed. Said Stevens of Micah during the series against the Indiana Pacers in this year's first round of the playoffs (again, per Baird):

"He adjusted to the NBA way quicker than I did ... He's as good of a friend and as good of a coach as you can be around."


After such a disappointing season, we can expect more changes to come; however, this one will sting more than others.