Aron Baynes: "heart’s still here", but wants "to be in the right situation"


Lost by some in the concern over where Kyrie Irving and Al Horford might re-sign next season is the fact that big man Aron Baynes has the option to walk as well. 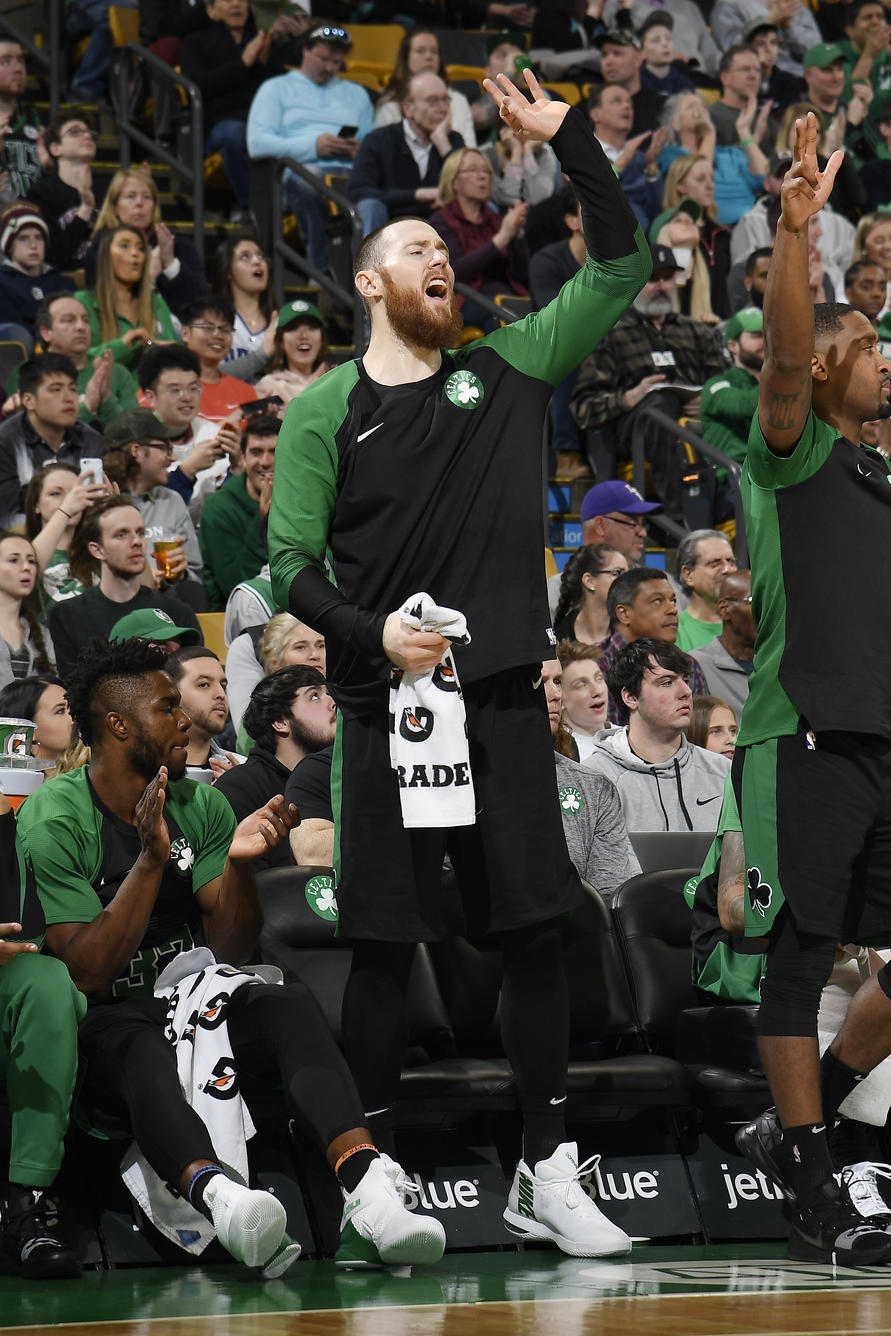 Baynes, who has a player option on the 2019-20 season of his contract (for $5.5 million next season, if he chooses to opt-in), is just starting to think about his future plans (per NBC Boston's Justin Leger):

" haven’t really thought too much about that ... I know my heart’s still here in Boston. I love Boston. It’s been great to my family. There’s no better place to play than TD Garden during the playoffs or when you’re in the middle of a comeback. So if I’m thinking of that, I know where I want to be. But at the same time I’ve got to talk with Danny, I’ve got to talk to Brad and see what their thoughts are as well. I want to be in the right situation."


While Baynes might not be an All-Star frontcourt player like teammate Al, his excellent defense and occasional trey have made his deal one of the better values around the league.

Aron Baynes on Celtics: ‘I don’t think we built the right habits throughout the season’ https://t.co/64q6wza6aC
— The Boston Globe (@BostonGlobe) May 23, 2019


And while there's plenty of other big man options on the cheap, most are notably worse on one or both ends of the floor -- or cost quite a bit more cap than the Boston Celtics are likely to have in anything but the absolute worst-possible scenarios.

If Aron does come back, do not expect him to be salary ballast in an Anthony Davis trade deal given All of Australia's desire to play for a contending team and his love for the city. If he departs, the team will have a continent-sized hole they'll be ill-prepared to fill.