Ainge looking healthy; plans to stay on as Cs head after heart attack


Danny Ainge is out and about after a scary reminder we all need to watch our health -- even former NBA stars -- as we get older, having had a minor heart attack during the Boston Celtics' losing series vs. the Milwaukee Bucks in the East Conference Semis. 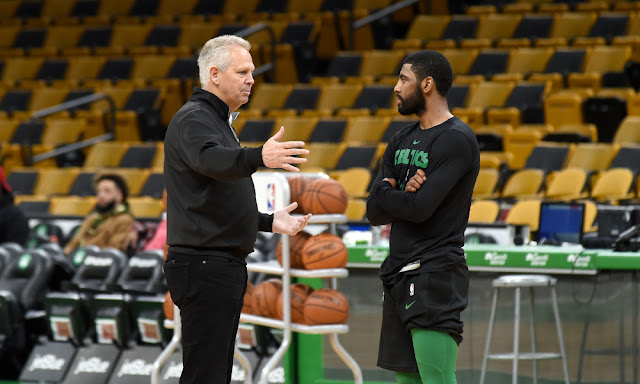 Perhaps more importantly, Ainge feels well enough to continue in his duties as the Cs' head honcho, switching to an entirely plant-based diet in the hopes of relaxing the stress on the ole' ticker; as fans of Danny as well as his work, we hope it works.

Steve Pagliuca says Danny Ainge is following a plant-based diet and feeling good after his heart attack: “Danny is a tireless worker. He’s made a comeback, and we’re happy to see him back.”
— Nicole Yang (@nicolecyang) May 23, 2019


Some well-intentioned if slightly-creepy fan caught a glimpse of the man taking a stroll about Boston -- perhaps to see if Chipotle has some vegan grub worth hanging on to that infamous black card -- and he seems to be more or less his usual self.