There were many familiar faces rendering a final goodbye to John Havlicek at his memorial service yesterday. One of them was Tommy Heinsohn who told listeners, "You never thought he'd (Havlicek) wear down." Add me to the list of those that thought he was indestructible. 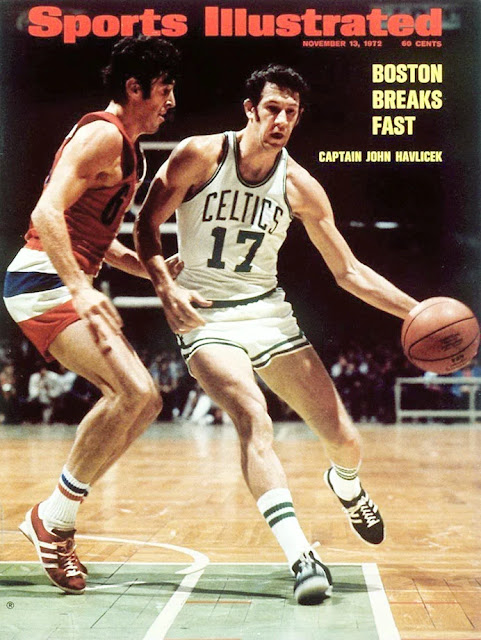 I am truly surprised how horrible I feel about the death of a man I never met. 6th-Man-of-the-Year award needs to have John's name attached to it. I will never, ever forget watching you, Russ, and John playing together at the Old Garden. Condolences from https://t.co/DVG5z8oKzM.

As I wrote previously, The NBA 6th-Man-of-the-Year trophy needs to be named after John. Aside from being one of the top two-way NBA players ever, Hondo epitomized professionalism, both on and off the court. I can think of any other player more deserving of having his name attached to the award.

We need a yearly reminder of Havlicek's offense, defense, dedication, absolute professionalism and contributions to the Celtics, NBA and the world generally. I refuse to let this crusade deteriorate until a name (John or someone else) is attached to the 6th-Man trophy.

Should the NBA 6th-Man-of-the-Year Award be named after the late, great John Havlicek?