Report: Clippers inquired about Kyrie Irving prior to trade deadline


I previously wrote that the Boston Celtics needed to beware of any trade broached by the Spurs. If Gregg Popovich & Company come calling, Danny Ainge needs to say no to any trade involving a Celtics player coveted by the Spurs. San Antonio is simply too good at evaluating talent. I am starting to think that the Los Angeles Clippers are heading towards that same level - which is probably why Ainge gave the Clips a quick "NO" when they asked about Kyrie Irving. 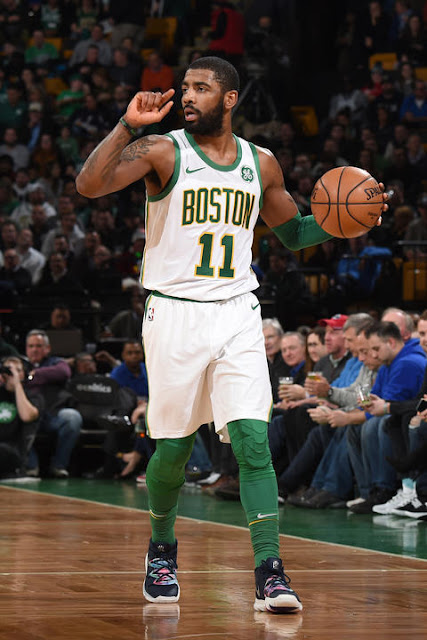 Danny knows what he has in Kyrie Irving - an All-Star point guard who scores, rebounds and facilitates at a high level and can annihilate opposing teams in Clutch Time. Ainge apparently wants to see what plays out after July 1st, with Kyrie having a player option for next season (per USAToday's Quenton S. Albertie):

Per The Athletic’s Shams Charania, the Los Angeles Clippers “made a preliminary call” to the Boston Celtics in an effort to pry away Kyrie Irving before shipping the talented Tobias Harris to the Philadelphia 76ers on February 6. Charania adds that “a quick no” was given the the Clippers front office.

Danny's quick "No" means that he has realistic hopes for a Championship this year, along with expectations of future success with Irving on board. I look at it this way. My readers know the absolute respect I have for both Danny Ainge and Clippers Exec, Jerry West. The fact that they value Kyrie so highly simply substantiates what I already felt - that Uncle Drew is a franchise player that can lead a team to a Championship. If the Spurs call about Kyrie, I will feel even better.