Paul Pierce thinks the Cs- Bucks series is already "over" - is he right?


Paul Pierce thinks the Milwaukee Bucks are venison, and after their Game One loss, it's understandable. 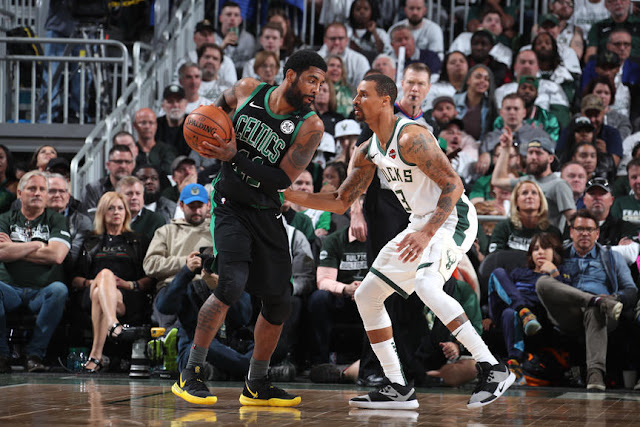 On my part, I feel the pronouncement a wee bit premature, as Milwaukee is not just a good team, but the league-best team in the regular season, stars the likely Most Valuable Player in Giannis Antetokounmpo, and a single game simply not enough data to arrive at such a conclusion.

Don't get me wrong; Game One made me look like less of a raving madman singing the praises of Al Horford and the Boston Celtics' vaunted system defense against Giannis, and what they did right (apart from their shooting numbers) was both exceedingly repeatable and clearly far from most players' top gear.

But I won't pretend the opponent won't adjust, even if their coach is famous for resisting bigger such moves. For Pierce, that won't be enough, as he said (per ESPN):

"As a team, I don’t know where Milwaukee goes from here ... It just seemed like Milwaukee was a way better team throughout the regular season, but when I watched this today, if Giannis doesn’t have a monster game, and somebody else besides him doesn’t step up, Boston is just going to out-talent them."

It may be true that whatever counter coach Mike Budenholzer may or may not have up his sleeve simply won't cut it, and that in the end, superior, "16-game" players simply outnumber the Bucks' "82-game" guys. It could also be true that Boston caught Milwaukee off guard. Whatever the case, buckle up; tonight's game is sure to be a battle -- and that's the Truth.