Marcus Smart on the move and mend - now running on treadmill


Marcus Smart's post-injury pain must have subsided even more, giving him the opportunity to get some running in on the treadmill. I wrote recently of an Australian football player that returned to full action 35 days (five weeks) following an injury similar to Smart's (avulsion at the iliac crest). Running on a treadmill means less impact that running on the hardwood, but it is a good sign, nonetheless. 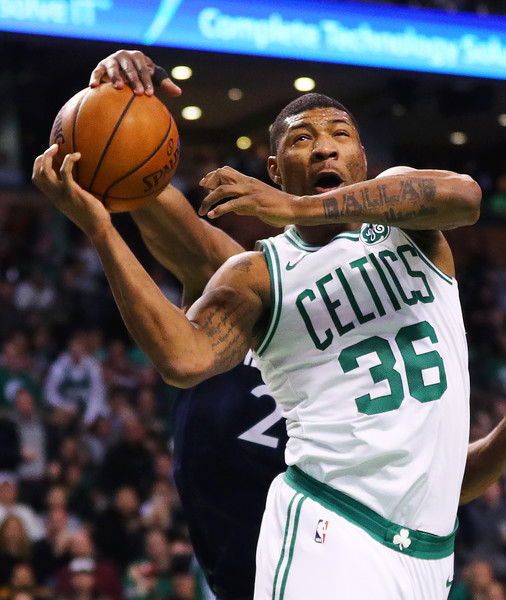 Marcus Smart getting some running in. He was not able to run last time we talked to him. pic.twitter.com/cLmzth69t2

The return-to-action timeline is still at 4-6 weeks, and we hope it is closer to the lesser number. One of our readers, forever_green, supplied a great 8-minute video via our comment section with more info on Marcus' injury. Dr. Sutterer reiterates what I wrote in my previous article, namely that the kind of tearing at the iliac crest is a rare injury, and one with tremendous pain. Good to see Marcus on the move-and-mend.